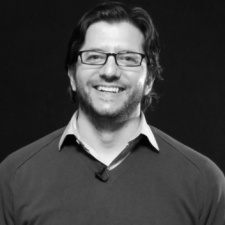 Prior to TreSensa, Rob combined his digital advertising and video experience as SVP of Business Operations and Strategy at Tremor Video, one of the leaders in digital video advertising.

Prior to that, spent close to eight years at DoubleClick, first as Deputy General Counsel and then as VP of Sales Operations.

As user acquisition and marketing costs continue to rise in mature mobile markets, it's no surprise that many publishers are looking to expand to markets with less competition.

But cracking into smaller, emerging markets brings a serious challenge for monetisation as many of the mobile users in these areas are unbanked - meaning, they don't have access to credit cards and are thus difficult to retain and convert.

Recently, however, US HTML5 platform TreSensa partnered up with Fortumo to provide a solution for this situation, introducing carrier billing for the games in its network.

We caught up with TreSensa CEO Rob Grossberg to find out more.

Pocket Gamer: What impact will in-app purchasing through carrier billing have on HTML5 games in the TreSensa network?

Rob Grossberg: The impact will be immediate and very positive. In-app purchasing through carrier billing allows all studios distributing games with TreSensa to apply a full freemium model - advertising and in-app purchases - to their mobile web games and reach and monetise millions of mobile web gamers worldwide outside of the app stores.

We work with many studios who have had great success monetizing their games with in-app purchases and advertising in the app stores, and they are now able to employ that same monetization model to their mobile web games.

Many developers are interested in cracking 'unbanked' regions like Brazil, how will TreSensa's Fortumo partnership make this easier for them?

The TreSensa network has a global footprint with about 60 percent of our traffic coming from regions outside of North America, with a strong presence in many 'unbanked' countries in South and Central America, Eastern Europe, Asia and the Middle East.

With TreSensa/Fortumo, developers can now monetise this traffic with in-app purchases without the need to deal with the complexities of integrating in-app purchasing solutions particular to any region. All that is abstracted away with a single integration of TreSensa's distribution/monetization SDK - pre-integrated with Fortumo - so that the developers can focus on their games.

What's the most important thing a developer needs to know when looking at unbanked customers and regions?

Developers need to realize that in many unbanked regions, people are as passionate about mobile gaming as in banked regions - fun is universal. But in many cases, they're just now purchasing their first mobile devices that support games. It's like the US, circa 2009.

Most of these users lack credit cards, so are shut out from the app stores. Yet there are users with disposable incomes within these regions. As a game developer you should think about how best to package and price the purchasable items in your game to be most attractive to this new brand of gamer.

How disruptive to the player experience are carrier-billed IAPs?

Carrier billing is incredibly easy and frictionless for game players. It is just as simple, if not more so, than making a purchase through an app store.

For most carriers, at point of purchase the user is prompted to submit the cell number to which the IAP should be charged, at which point the user will immediately receive a text message asking for confirmation of the purchase. That is it.

What impact will this partnership have for conversion and retention rates?

The impact will undoubtedly be positive, as the pure ease of purchase via carrier billing will help conversion (no pulling out the old credit card), and the purchases will increase loyalty and retention to the games themselves.