Stop being so English: Devs need to shatter their shyness and fish out funding, says Creative England 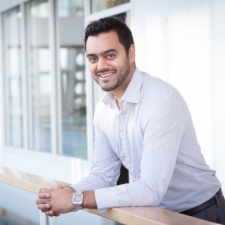 Developers and funding. You'd be forgiven for thinking that the former would be especially keen to grab their share of the latter.

However, in reality, a lot of studios either don't know about, or simply aren't appling for funds they're entitled to.

It's a fact that's particularly frustrating for Jaspal Sohal, head of games and digital at Creative England, a company that's dedicated to helping UK game developers find their feet, obtain funding, and reach for the stars.

"Creative England is a not for profit organisation that supports the Creative Industries across TV, film, games and digital companies, specifically outside of London," explained Sohal.

The driving factor behind our investments and support programmes is to support new talent across those sectors - providing things like funding and mentoring to help creative businesses and people grow.

Sohal believes that a lack of visibility means that many developers are being kept in the dark. After all, how can they apply for funding if they don't know it's available?

Developers shouldn't be shy of approaching us with information on funds and their specific eligibility.

"I think there's a lack of visibility of available funds and programmes in the gaming industry, so developers aren't always aware of the opportunities available," offered Sohal.

"I also think a lot of developers don't realise such funding opportunities exist because they are so focused on their bubble of work and perhaps feel that outside of crowd funding and signing with a publisher, there's no other option to fund their game."

According to Sohal it's up to the industry as a whole to spread the word about funding, and make sure that developers aren't missing out on huge opportunities.

Journalists, developers, and the organisations themselves all need to be pro-active and make sure they 'shout about their successes'.

"We often hear a lot about games companies turning to Kickstarter or early access releases to try and fund games to completion, but the availability of support programmes are very rarely reported on," says Sohal.

"Of course it works both ways though - us and other organisations need to shout about their successes in funding and opportunities as much as they can too, which is something we're getting better and better at. Similarly, developers shouldn't be shy of approaching us with information on funds and their specific eligibility.

"Often, even if we're unable to support a company financially, we will do our best to connect them with great contacts in the industry and offer direction and advice."

Developers who don't apply for funding aren't just missing out on a cash boost, they're missing out on support, contacts, and huge partnerships. It's not just about the money.

"One of the key things we do is provide actual industry support alongside any investments we make as part of our Games programmes," detailed Sohal.

"For example, our Greenshoots Fund was in partnership with Microsoft; successful companies received funding directly from Creative England, and ongoing technical and marketing support through Microsoft.

Successful applicants are always the most passionate about their game.

"Each company was assigned an account Manager which provided them with a direct contact at Microsoft. On our GamesLab Programme, all companies we invested in have been under the mentorship of Karl Hilton, Managing Director of Crytek UK."

Those thinking about applying for funding needn't be put off by the thought of a never-ending mountain of paperwork, as the process usually takes a mere 15-20 minutes.

"Applicants can apply online and it takes about 15-20 minutes to complete the form," said Sohal, "of course, the more detail and assets an applicant can provide, the more it will help their chances of being shortlisted.

"Shortlisted applicants are always invited to pitch their project infront of a panel of industry experts. We've previously had panelists from Rebellion, Microsoft, Sony XDev and Criterion so the feedback provided is always constructive and invaluable."

Detail then, is key, but what else can applicants do to ensure success?

That's the killer question, and Sohal explained that applications will always be judged on innovation, passion, and focus. If you can tick those boxes, you're in with a shot.

"Demonstrate the innovation in your project and why we should be excited about it. Successful applicants are always the most passionate about their game and have a very clear focus on what they plan to deliver," suggested Sohal.

"It's equally important to be realistic in your projections and budgeting. Business naivety can sometimes cause an otherwise strong application to be rejected.

"Finally, it always helps to provide concept art, videos or a playable demo depending on the stage of development you're at. Any creative assets can really help sell your vision and help you proceed to the next stage."

Thanks to Jaspal for his time.