Ruby Seven on operating at the lucrative, competitive intersection of F2P and social casino gaming

A world of brands and land-based gambling giants 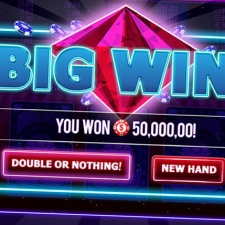 To the outsider, the world of social casino games appears to be something of a lottery.

There are big winners - notably IGT's $500 million acquisition of DoubleDown in 2012 - but much of the sizzle surrounding the potential of real-money social gaming (aka gambling) in 2013 appears to have evaporated.

Still, there are 11 social casino games in the top 50 US top grossing iPhone chart, including two in the top 10 - so it's clear there's plenty of cash in the sector.

Estimates suggest the market, which is focused on English language countries such as US, UK, Canada and Australia, is worth around $3 billion, and is projected to rise to over $5 billion by 2016.

"Card collection games might have higher ARPDAU but they have a much smaller audience."

With a design office in San Francisco and production in India, the 120-strong studio is focused on soft money casino games, in which players can only win in-game currency.

It currently operate nine titles across 35 releases, including iOS, Android, Amazon and Windows 8. The games mainly use Facebook Connects for their social layer, although Ruby Seven does have its own inhouse chat system.

"Social casino games are very casual. And you don't have to teach players that they need coins to use a slots machine and if they don't have coins, they have to buy them," Carpenter points out.

"That's more logical than teaching them they have to buy virtual fuel for their tractor."

What plays in Las Vegas

Of course, every market has its challenges, and social casino is only different to other mobile games in terms of the importance of real-world casino brands that people have spent billions of dollars playing in Las Vegas and Atlantic City.

"It's hard to compete with land-based brands like Cleopatra Slots," Carpenter says.

It's difficult to make $2 last two hours in a casino, but in one of our games, you can make it last two weeks.

More than just brand awareness, however, he says that licensing real world slots games for mobile also provides the advantage that players get the same play experience.

"If a land-based slots game doesn't work, it doesn't survive on the casino floor," he says, explaining the sector's strong evolutionary filter for providing the highest monetising experiences.

Of course, having a licence doesn't guarantee success.

The skill of companies like Ruby Seven is providing the wider mobile user experience in terms of the presentation, audio, graphics and overriding metagame, which keeps people playing and paying day-in and day-out.

"It's all about entertainment so the metagame is as important as the casino game."

Indeed, he argues this is one of the advantages social casino games have over real-money casino games.

"It's difficult to make $2 last two hours in a casino, but in one of our games, you can make it last two weeks," he points out.

And even now, this intersection between monetisation maths and game art is a valuable skill. Ruby Seven works with real money companies such as UK bookmaker Gala Coral and US real-world casino game companies LED Gaming and Grand Vision.

In the case of Grand Vision, Ruby Seven has already released a version of its Fire and Ice Slots  game, while the LED Gaming hook up will see the release of games based on its Multi-Strike Poker  game.

The next big roll

The market is hotting up in other ways too.

Zynga has snapped out of a long decline, revitalising its casino games, which it now views as one of its strategic pillars, while the likes of Big Fish, GSN and Playtika all feature strongly on app store charts.

But Carpenter says he enjoys the competition.

"I like competing against giants. We have people who have worked at the likes of Zynga and GSN. We can be more nimble."

Yet, social casino games also compete in some of the most expensive markets in terms of user acquisition.

"UA is fundamental to any company in the F2P space," Carpenter says.

"You don't get much more casual than a slot game. All our advertising is aimed at the 21+ age group, so we have a broad potential audience but you have to be very targetted in your approach."

And there are other ways in which casino games are similar to general F2P games.

"Our games are always in development," he says. "We update two to three times a month. This is a long journey."