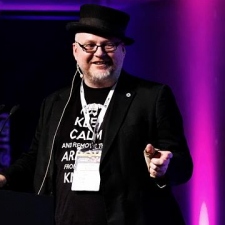 Search for 'Games as a Service' on Google and one of the first suggestions the engine will make is the addition of 'Oscar Clark' on the end of your query.

The Applifier evangelist is, of course, behind a book that has the words 'Games as a Service' in its title, making him the perfect person for us to tap up for advice on the subject during Pocket Gamer Connects in Helsinki last week.

"I think the simple stuff is, have something not only that you're passionate about, but you know that there's an audiences who is interested," said Clark of developers who may be interested in launching a GaaS release for the first time.

"Create something quickly, smallest thing you can, and get it in front of people as quickly as possible – and listen to what they say."

Clark was quick to follow that up with the caveat of not necessarily listening to everything they say - "you've got to be aware of what they actually do, and they're never quite the same thing," he added.

You can catch up with the rest of our content from Pocket Gamer Connects here.