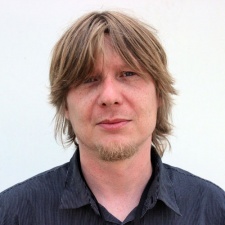 Perhaps calling the free-to-play debate a 'debate' is a little misleading.

It can sometimes feel that the polarising monetisation model only ever receives negative press.

What free-to-play needs is a champion.

Now, he might not be your run-of-the-mill knight in shining armour, but Marek Rabas, co-founder and CEO of Czech-based mobile developer Madfinger Games, isn't afraid to stand up and defend a model that he believes has helped shaped the realm of mobile gaming for the better.

Of course, Rabas admits that freemium is far from perfect. But instead of constantly berating it and heckling, Rabas believes it's time for the industry to swallow their pride and start giving it the credit it deserves.

Eager to hear why Rabas believes free-to-play deserves more love, we caught up with the man himself to find out what this humble free-to-play hero had to say.

Pocket Gamer: Why do you believe free-to-play is still getting so much negative press?

Marek Rabas: I don't think it's fair to blame everything on free-to-play, because, as an idea, the model isn't the issue.

In my opinion, free-to-play can be a brilliant monetisation model if it's used properly because it has many advantages for players and developers alike.

For example, there is no entry barrier, which means you can update a game for several years, adding more features, tweaks, and bug fixes. So, even if your initial launch isn't flawless, there's still room to improve and fix a lot of things. You can shift it in different directions and you can end up with a really cool game.

You can’t do that with a premium game. When you release a premium title, players will either love it or hate it and there isn't much you can do about that.

You can fix bugs and carry out some slight tweaks, but you can't significantly change a premium game after it has been released.

Is there anything inherently unethical about free-to-play, or are developers simply abusing it?

The core idea around free-to-play is great, but it's certainly nothing new. I remember when I used to play MUD - multi-user dungeon - games, which were free.

Back then you had the option of making a donation in order to receive something extra, such as premium weapons, so, in essence, these games were free-to-play games featuring in-app purchases.

I believe that some developers use those [F2P] techniques without understanding the power they wield.

Those games always provided really great experiences for me as player, because I could try several different MUD games, and when I found the best one for me I had the option to support the developers with my donation.

They gave me something cool, but also continued to support game, and, funnily enough, I don't recall anyone ever complaining about this model.

Of course, times have changed, and a lot of developers, from large companies right on over to indie developers, are using this model now.

Free games are making a lot of money now - with the most successful among them puling in nearly $1 billion in annual revenue - and, understandably, a lot of companies want a slice of the action.

Developers are getting better and better at trying to find new ways to improve retention, monetisation, and, yes, some of them might utilise 'unethical' mechanics, but I believe that some developers use those techniques without really understanding the power they wield. They're a victim of their own naivety.

Of course, I also think that some developers consciously choose to employ those techniques.

What do you think F2P does well, and why do you believe the games industry needs to cut it some slack?

People forget that free-to-play opened gaming to the masses.

A lot of people find free-to-play games more enjoyable and accessible, mainly because they don't need to shell out their hard-earned cash to find out whether they enjoy a game.

What can premium developers learn from F2P developers?

I think free-to-play games take care of players a lot more. In the world of the free market it's a fight to acquire each individual player, so when you do, you try to keep them playing your game for as long as possible.

Most premium games don’t have that problem because once a premium game has been sold the player has already been monetised. Premium developers don’t need to focus on the player too much. It just isn't a priority.

So, there's definitely a better first time user experience in free-to-play games, and there are lots of rewarding mechanics for players: more-so than in premium games.

Of course, I'm not suggesting that games like Grand Theft Auto should have daily rewards or spins. No, what I'm suggesting is that premium games should attempt to help players rather than attempting to kill them at every available opportunity.

I can see a lot of flaws and mistakes in our own premium games, and I think if we were to ever do another premium title we'd be able to make it more enjoyable and a lot less frustrating.

It feels like the F2P debate will rage on for eternity, but, having worked on both premium and F2P games, do you think there will ever be a clear 'winner', or do developers just need to accept that both can co-exist?

Personally, I think there is a clear winner, but that doesn't mean that's the case for everyone else.

Ultimately, developers should care about their own games and they must constantly strive to make them better and more enjoyable for players.

We just need to accept that both monetisation models can co-exist and stop fighting amongst ourselves, because, as I said earlier, the focus should always be on the quality of the gaming experience.