The rise of the Arabic region as a gaming hotspot 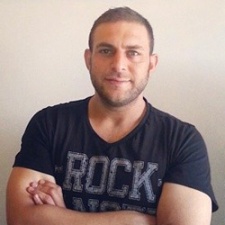 Iraq is in the news for all the wrong reasons at the moment.

But to understand how the country has been transformed in the past decade, just speak to MJ Fahmi, the CEO of Arabic language publisher Babil Games.

"Iraq isn't supported by the mobile platform holders, so Iraqis register in US app stores and then buy credit.

"To some publishers, they will look like US users, but our analytics can track them. Iraqis spend a lot of money on games."

It's this sort of local expertise that Babil is looking to exploit throughout the 500 million-strong Middle East and North Africa (MENA) region.

Headquartered in Dubai (with operations in Jordan), and specialising in translating and culturalising mobile games for the core male Arabic-speaking audience, the company has already found success with its sci-fi strategy game Nida Harb 2 (Call of War 2).

A reworking of a game from a Chinese developer, Fahmi says the sort of competitive experience it provides matches the demands of the young and relatively wealthy audience.

"PVP is very important for our audience," he says. "They love competition."

With this in mind, the company's next release is called Storm of Tanks.

Fahmi says Babil is taking a measured approach to the market, even though it's growing at a rate of 300 percent annually in terms of smartphone activation.

"Quality is very important for us. We are very selective about the games we publish. I only expect to release four titles this year."

At present, these are mainly being sourced from China. Not because the games are cheaper but because Chinese developers are more open to doing business, Fahmi says.

"The quality of Chinese games is improving quickly and they are willing to cooperate. They also share information with each other in a way that US and European developers don't," he says.

In time, Babil might even set up or acquire its own development talent. But for the time being, it's limiting itself to development tasks such as localisation and operations.

2014 in Review: MJ Fahmi, Babil Games - Both developers and publishers must compromise