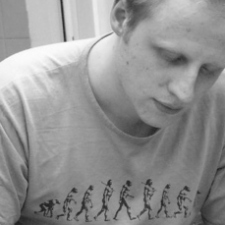 Going free-to-play might seem like a no-brainer given the level of success freemium titles find on today's mobile marketplace, but, despite what some believe, it isn't always the best option.

During a recent chat with inkle's Jon Ingold and Joseph Humfrey - where we found out more about the making of their stunning text adventure, 80 Days  - the pair revealed that, when it came to monetisation, free-to-play just didn't make sense.

“We had all sorts of ideas, such as making the game free but allowing players to buy tickets to travel around the world, but nothing really clicked for us. It didn't make sense,” said Ingold.

“In-app purchase has started to become a dirty word, and it has a huge impact on your game design, so it seemed a bit risky to go in that direction.”

While utilising the free-to-play model was always an option, Ingold and Humfrey ultimately decided against it in order to preserve their vision and build trust.

According to Ingold, free-to-play games encourage players to be negative: a flaw that the team, who're looking to build bridges rather than burn them, simple couldn't ignore.

In-app purchase has started to become a dirty word.

“It was definitely a model we considered, but I have this feeling that if you buy a premium game, you pay your money and then you try to like it, whereas if you download a freemium title with IAPs you try it, and then you look for reasons not to buy, because you want to avoid paying,” explained Ingold.

“For a game like 80 Days, we need people to approach it in quite good spirits really, because it does involve quite a lot of reading, and people have to pay attention, and sink effort into it. so, if they're looking for a reason not to buy, there's a really obvious one.

“When people purchase the game upfront, they can then just sit back and enjoy it and forget about all that stuff, and just immerse themselves. That's what we're actually trying to do, immerse people in a game.”

Ultimately, freemium games are continously fighting a uphill battle as they do everything they legally can to make players stick around.

It's a long, tiring, and sometimes morally questionable fight, and it's a fight that the folks over at inkle didn't want to be a part of.

“When you build a game with in-app purchases, as a company you then become dedicated to advertising that game, drawing in new customers and trying to hold them for as long as possible in the knowledge that they will leave," finished Ingold.

"What we're trying to do as a small studio is build a rapport of trust and respect with our consumerbase, and it's really nice that we've only been around for two years and we're already getting a lot of people who say 'oh, I saw your Sorcery  game and I knew I was going to buy 80 Days  as soon as it came out'.

"Building a market that like you, and that will continue to follow you, is exactly the opposite of what IAPs would allow us to do."

Reply
Garret Cashman
Thanks for the article Chris.

I respect the decision to stay away from F2P (which seems to be a bit of a minefield), but perhaps another option might have been to introduce airlines or other travel companies and have some discrete/ well-handled brand placement in the game as an alternative to a paid model.
Posted 7 years, 5 months ago