I just tweeted to say 'I love you': Keith Stuart on the positivity of #WeLoveGameDevs 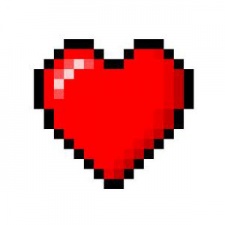 By common definition, bad news sells. "If it bleeds, it leads" etc etc.

That's even the case with games, where companies shuttering down or games failing will attract more interest than their converse.

And the immediacy and reach of Twitter just makes everything more concentrated.

Is there any space for good news?

Maybe. Keith Stuart, the games editor at The Guardian certainly hopes so. That's why he's set up the hashtag campaign #WeLoveGameDevs.

We caught up with him to look on the bright side.

Pocket Gamer: What's the idea behind this Twitter campaign? Why now?

Keith Stuart: Well, it's been another depressing week on Twitter, with a horrific campaign of hatred against a certain developer and against the games press - as usual.

I don't want to go into the sordid details, but whatever the nature or voracity of the claims made against any of those involved, the constant vilification, intrusion and hate speech is utterly depressing and unacceptable. It's created a cloud over the industry for many people.

The result has been a lot of developers worrying about their own security and wondering whether it's all worth it.

I wanted to do something positive, which allowed those of us who don't express ourselves purely through fury, to tell game makers that their efforts are hugely appreciated, and that games mean a lot to us. I didn't think it would go this far though.

What's the ultimate aim? Where do you think it can go?

Maybe it'll provide encouragement for one or two developers; it'll remind them that a huge majority of the people who play games respect and admire those who create them for us.

Do you think there's a crisis in game development at the moment? Or is it just natural growing up of an industry?

No. If anything, this is the greatest period in game development history since the bedroom coding days of the 80s. It's never been more possible to create something and share it with people - and now Sony and Microsoft are falling over themselves to discover new talent.

It's a golden age, I think, which makes it all the more mystifying that there are people who self-identify as 'gamers' who just want to abuse and threaten others.

Which game developers are you giving a shout out to?

Oh god - there are too many. Although I'm obviously a fan of indie games - which is why I gave my own shout out to Adam Saltsman, the creator of Canabalt.

I'd also shout out to EA Sports, Infinity Ward, Bungie, Rockstar ... all those studios have made amazing games and I can't even begin to imagine the abuse they attract online.

Why do you think this has captured such attention? I've not seen a shout out for the bus drivers or the hairdressers?

Ha ha! I think it's because people are hugely invested in games - games take up so much of our time. I mean, Skyrim requires at least 100 hours - that would be some haircut.

Games are a passion - just like music, books and films. Also a lot of game players are on Twitter, they're watching these controversies and maybe they don't want to get involved in a massive shit storm that could see them targeted.

Positivity is a very powerful motivator.

But when the chance comes along to do or say something positive, they leap at it. Positivity is a very powerful motivator.

Just go on Twitter when the next developer corruption controversy starts - imagine being on the receiving end of a barrage of hate tweets. I mean, these are games for heaven's sake.

All that anger is so misdirected. Open the newspaper, pick a cause and get enraged about that instead. It's utterly fine to be passionate about games, and to question developers at times, but the moment you become angry enough to join a hate mob, you've gone too far.

What can we do right now to support game devs or make them a bit more loved?

Tell them! Seriously, I don't think there's a developer on the planet that doesn't have a twitterfeed or a Facebook page.

It takes five seconds to tweet, "Hey, I really liked your last game", but it could change someone's day. You're effectively investing in the future of the medium. It's like a karmic Kickstarter.

Love your game vs. Hope you die: Is Twitter worth the hate?

Video: How to get coverage from the mobile games press