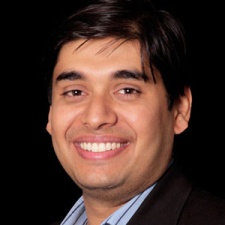 That's a subtle reworking that keeps the 'scale part' but offers a more sophisticated explanation of how its advertising network has been refined.

Under the phrase, "Break up with Banners", InMobi's moved to offer developers a more advanced approach to running advertising in their apps, ranging from interstitials and video ads to interactive ads.

Perhaps even more significant, the first thing you'll read on the InMobi website is "the most advanced monetization solution for your games".

Another demonstration of how games have come to wag the tail of the entire mobile app ecosystem, InMobi recently announced a $25 million fund to encourage indie game developers to start using its network.

"Gaming accounts for around 40 percent of time in our network," explains InMobi CEO Naveen Tewari.

"The opportunity for game developers is so great, we want to make sure they are using it."

He also says that games provide the optimal user case for the transmission of this new form of in-app advertising.

"We've spent a lot of time looking at how users interact with ads, particularly in terms of their emotion state.

"In productivity apps, users have constant emotion. In games, players go through different emotional states, and we can use this to improve the reaction to ads and boost monetisation."

The thinking behind this is that when players have failed at a task, you can show them an incentivised or rewarded ad that will help them succeed next time.

An interstitial ad can be shown between levels during dead time, while video ads work best when players have succeed and are basking in the afterglow of victory.

"Monetising emotions in the most appropriate manner results in ad performance that's 3-to-4 times higher than other methods," Tewari explains.

"We're giving developers - both big and small - the tools to generate more money from their players."

Game developers can find out more about $25 million program here.