Beyond Glass: Funky Whale on making games for the potential 21 million smartglass market 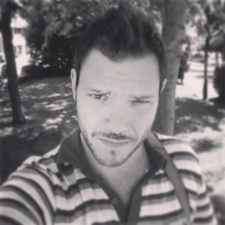 Google Glass is something of an enigma, largely because, the $1,500 device, which still isn't available for the general public, doesn't seem to have a killer app.

Is it a great organisational tool that'll redefine the way you keep on top your of emails, calls, and appointments?

Is it a great social device, that makes capturing and sharing moments easier than ever? Or is it the piece of tech that will finally make consumers realise wearable gaming is going to be glorious?

Glass might end up being all of those things, but there's also a very real possibility that it won't be any of them.

Regardless of what may, or may not, happen, it's impossibly to deny that the hardware itself is an extremely desirable piece of tech. However, right now, it's hard know if it'll continue to be a curious novelty, or become the 'must-have', mainstream device that Google clearly hopes it can be.

One person that not only believes in Glass' potential, but also wants to help realise it, is Antonio Rabanera, CEO at Spanish developer FunkyWhale Games.

Rabanera is currently working on Bee Invasion, an augmented reality title for Glass and other smartglasses, which, he hopes, will help showcase their gaming pedigree.

Intrigued by Rabanera's decision to turn to Glass at such an early stage, we reached out to find out more about the method behind his madness.

PocketGamer: Why did you decide to make a game for Google Glass, a device that has a very small user base?

Antonio Rabanera: Well, I love augmented reality, and when I first tried Glass I immediately thought about its huge gaming potential, after that the idea for Bee Invasion  just came to me.

I decided to pursue the idea because, for a small three man indie studio, it’s a great opportunity to stand out and establish ourselves as a top developer for augmented reality games.

What challenges did you face during development?

It’s not easy to develop for Glass. The major problem is that Google is working hard to get this device ready for a massive launch, which means they are updating the OS almost every week. The GDK is also updated often, and, as a result, we need to keep adjusting the game to make sure it doesn't just suddenly stop running.

We used Unity to develop Bee Invasion  but, as you probably know, that framework still isn't ready to export to Glass. Because of that we decided to place a GDK layer over the Unity Android build and test how the sensors communicated. The result was pretty good, so we started development.

In terms of game design and artwork, the Google Glass platform is unique.

In terms of game design and artwork, the Google Glass platform is unique as all of the information displayed must be, in Google's own words, “glanceable”.

As a consequence, all gameplay and artwork must be very simplified.

You also need to consider that Google Glass displays an image directly to your retina, so every object that is black is seen as transparent. You need to create a colour hierarchy where most important elements are white.

Finally, developers should also be aware that the submissions process is very slow. Google can take a long time to respond, and their design pattern for menus and navigating is very strict.

What will it take for your game to be deemed a success?

On a personal level, it will be a huge achievement for the entire team when the game is finally published and becomes official glassware. That's our first milestone, and I still can’t believe that it'll be happening in a months time.

After that, we'll need to monetise it as quickly as possible.

In order to ensure that happens we're already working on porting Bee Invasion  to other platforms, such as the Epson Moverio smartglasses, that have developed a payment solution for their app stores.

Some people seem to think that Glass, along with other wearables, is simply a fad. How long do you think it'll take for the device to become mainstream?

You're absolutely right, and I remember when I was working at Gameloft that hardly anyone believed in the future of mobile gaming, but look at it now.

There's also the fact that, according to Business Inside Intelligence, Google Glass will sell 21 million annual units for year end 2018 for a total of more than 40 million units in the whole.

Wearables are a huge opportunity, and could have a massive impact on gaming.

Epson and Vuzix have already launched their own devices, and Samsung is meant to be doing the same in Q4.

Lenovo has also recently announced its own smart glasses, while Sony and Microsoft have also registered patents for similar tech.

Of course, I’m not an forecasting expert, but if BI Intelligence is right, 21 million units a year is a market well worth taking into account.

What do you think the future holds in store for Glass as a gaming device? Would you encourage developers to stay one step ahead of the game and start looking towards wearables now?

Wearables are a huge opportunity, and I think augmented reality could have a massive impact on gaming.

The Epson Moverio is a 3D stereoscopic device that offers a unique game experience, and it’s already in stores.

Now, imagine for a second that we can use Project Tango on Glass to recognise the physical environment. When that happens, I'll be able to make a horde of zombies appear outside Pocket Gamer's office door!

Thanks to Antonio for his time.