Synergetic, not cannabalistic: How Facebook is becoming gaming's glue 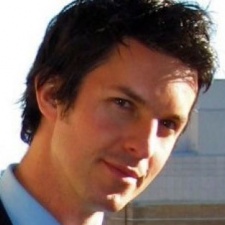 Not that long ago, all talk of Facebook in the gaming arena focused on how the social platform – the base that launched the likes of King and Wooga – was being squeezed out by mobile and tablets.

In some ways, Facebook's fightback has been restrained.

There's been no talk of why the social platform is a better fit for developers than smartphones.

Instead – and rather smartly – Facebook has focused on synchronising itself with the mobile market.

It's a move that's coincided with the giant's shift to being a "mobile first" company.

"If you look at Facebook overall as a company, there's obviously a huge shift to become a mobile first company and that's worked really well," Bob Slinn, Facebook's head of gaming partnerships for EMEA, told us during Gamescom 2014.

"The majority of our revenue is coming from mobile and we have a billion monthly people on Facebook mobile," he continued.

The majority of our revenue is coming from mobile.

"So, the company has shifted and for the developers it's interesting that. Okay, so I only joined Facebook a year ago so I'm not sure what people were thinking in 2011 or 2012.

"But this notion of convenience and people wanting to be able to play what they want when they want has really won out instead of 'I like this device better than that device'."

Just as consumers are less bothered about the physical device they hold and more interested in what services it taps into, so Facebook is less concerned about developers shouting about it from the rooftops. Instead, the social platform simply wants to be involved.

"There are a couple of things we're thinking a lot about on the Facebook side," opened Slinn, talking in the middle of a typically packed business hall.

"One is obviously cross-platform games in terms of, gamers who intrinsically play on PC and then on mobile and tablet. We've been doing a lot with developers to try and make that easier.

"That's certainly one of the areas we've seen a lot of growth. We see developers who have started on Facebook, ranging from King which, we know, started the whole story, but there's also Playtikas and the Woogas of this world.

"All those guys started on Facebook and have moved to mobile and have cross-platform game loops, with which Facebook helps."

Slinn cited the recent success Facebook has enjoyed with Russian outfit Nexters, which he says the social giant has been "working pretty closely with on a game called Throne Rush".

"It's a pretty nice story – they started on Canvas last October and then in February they synced up the game between mobile and Canvas," he continued. "They saw amazing growth, and now as of June they're up to 9 million monthly active users cross-platform and they're doing 100,000 [downloads] a day.

Facebook is looking to the next generation of devs from Russia and Israel.

"I mean this is a game that started under a year ago, well eight months ago on Canvas. Canvas month-over-month was nice – it was growing 100 percent – but it really accelerated when it went cross-platform. We're seeing that story definitely."

Throughout our conversation Slinn is key to push Facebook's role in helping what he refers to the "next generation" of developers rising up out of markets such as Russia and Israel – two countries he claims Facebook is paying particular interest.

Whatever the location of the developer and whichever direction they're moving – from web and PC to mobile or vice versa – it's Facebook's goal to be the default glue that links multiple versions of the same game together.

"We're proving more and more that - I think against the fear from a couple of years that as developers move to mobile it would be kind of cannibalistic - that the more people play and the more platforms they play on, the better it is for everyone," he continued.

"We continued to see it with games that you play at work on your PC, and when you're waiting for the bus, tube or whatever, and then you get home and play it on your tablet... it's pretty easy to keep those experiences connected with Facebook.

We're not expecting every app to integrate all the elements of Facebook.

"I mean King and Wooga in particular have been great studies in that space, but other social studios like Playtika and Slotomania – it's the same thing, it's all from a connective viewpoint. It's a big thing and good thing for us because obviously as we seeing mobile continuing to grow we want to see if we can help those developers as well as traditional Facebook developers.

Slinn estimates that around 80 percent of the top apps across smartphones already integrate with Facebook in some way.

"I mean, we're not expecting every app to integrate all the elements of Facebook, but ideally we're trying to provide all these services because, certainly in my department, our core role is to help these developers grow and prosper," he concluded.

"I think it's all more organic and contextual than it was a few years ago, and it's a really easy way to make cross-platform games sync you know? If you want to make sure the experience is contained, building that cross-platform yourself is pretty hard right?"

Thanks to Bob for his time.