Getting paid to play: TinyLoot on shaking up the UA status quo

It's all about engagement 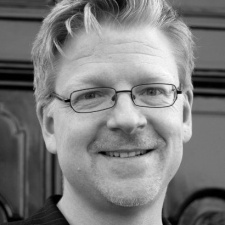 New kid on the block TinyLoot is attempting to reshape the world of user acquisition by paying consumers to keep playing and spending.

It might seem like hard sell at first - after all, you have to imagine that convincing developers to pay people to play their games isn't easy.

But TinyLoot co-founder Oliver Kern, who set up the company alongside Micha von der Meer, is confident his firm will change the face of mobile gaming.

Intrigued by Kern's vision, we reached out to find out more about TinyLoot's unconventional methods.

PocketGamer: How receptive have gamers been to this pay-to-play method?

We believe its important to offer the right games, like Smash Bandits from Hutch Games, because we reward engagement. If the games are boring, we won't have a point to prove.

Could you tell us roughly how many developers have contacted you about using TinyLoot? What has the general response been like on the development side?

We've had around 80 companies contact us just in the last few days. We’ve also had very high interest, and very good feedback, from those who have tried UA.

One of the best things about your model is that, if a game is good, developers should be able to earn their investment back with added interest. However, if a game already has that potential, surely it should be able to thrive using the the free-to-play model. Why should studios turn to TinyLoot?

You are exactly right. If a game is good, developers will make their money back.

That should always be the case, but a good game doesn’t always have a perfect monetisation loop, or make more than $1 per user.

The developer might've intended to create a great piece of entertainment, instead of a “monetisation machine”, and, in that case, buying players at $1.50 for an install or more may not work out. However, by using Tinyloot, such a game could still be a huge success.

TinyLoot is all about engagement. Games with very low engagement will always fail.

What are your long-term ambitions, do you, for example, hope to see your model become as ubiquitous as free-to-play?

We want to change the status quo to bring developers into a better position to connect with players.

At TinyLoot we love games, so if, as an industry, we see more solutions in the future that reduce the risk for developers to get users, that would be great.

You've suggested that ad networks struggle to provide “real value” but how can you be certain that you won't fall into that same trap?

TinyLoot is all about engagement, and games with very low engagement will always fail - even on our platform.

What we do is lower the risk for a developer, so, if players don’t like a game and they stop playing, at least the developer hasn't shelled out loads on ad networks.

Of course, developers should be aware that there are some networks that definitely provide value, and will continue to do so. Those select few can actually target audiences that developers are looking to monetise.

Thanks to Oliver for his time.

You can find out more about TinyLoot via its website.

Thinking outside the UA loop: TinyLoot platform will pay gamers to play

TinyLoot receives additional funding ahead of Series A investment