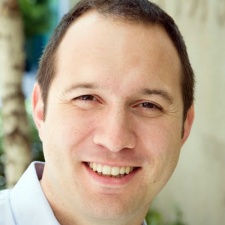 Back in 2013, many companies looked to real-money casino games to provide an alternative monetisation stream.

Much of that enthusiasm has since drained away, but that doesn't mean there aren't people thinking up new ways to get players to pay more.

One such method is the rise of competitive real-money skill gaming.

The 'skill' part of the description is key as it ensures the sector avoids the legal aspects of running a gambling service.

And that's one of reasons that US outfit Skillz has the word front and centre in its offering.

Labelled as a "cash competition platform for mobile games", Skillz claims it's facilitated the payment of over $1 million to players.

Indeed, CEO Andrew Paradise says the top players on the platform can earn between $500 to $2,000 a week.

"We have over 350 studios signed up and 175 live games," he says of the iOS-focused service, which enables players to pay small amounts - from $0.60 - to enter cash tournaments in which they can win the entire pot.

"We're running 50,000 competitions per day, and I think we have the potential to be paying out tens of millions of dollars during 2015," he adds.

Of course, as with gambling, the sums of money sounds large but developers and companies such as Skillz only share a small margin on each tournament.

Indeed, ignoring the monetary aspects, he argues that such tournaments also act as great engagement and retention tools.

"25 percent of our registered players have played in the past month," he points out.

And more generally, he says such tournaments can be added to all types of games.

"It's not betting or gambling. It's a cash competition like a Spelling Bee or the New York Marathon.

"We're running cash competition in which people are paying for the right to compete, to have an experience and see how they rank against other players.

"In future, I believe every game will have a tournament mode".