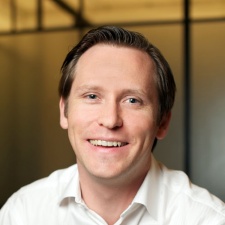 Not a publisher, but a 'new generation games partner', well funded US outfit Tilting Point has made a splash in the consciousness of the mobile games industry with its mantra that developers, not publishers, are now pulling the strings.

Nevertheless, it has announced a significant tweak to its model, which previously has seen Tilting Point partnering with developers early in their games' production to provide services ranging from monetisation and data analysis to marketing, user acquisition, PR, live operations and customer support.

Now, boasting a more self-serve approach, Tilting Point is opening up the floodgates in terms of submissions, taking games later in their development cycles and - whisper it - perhaps even becoming a publisher, at least in terms of being the corporate name on the app store.

We caught up with co-founder, president and COO Dan Sherman to get his take on the situation.

Dan Sherman: We're entering our next phase of growth and are expanding our game pipeline by opening up game submissions through our website.

We'll begin working with a wider range of games and developers, in a wider variety of flexible arrangements. For the first time we'll start to consider games in later stages of development, in single-title deals.

How is this different from what you've been doing?

Our business to-date has been based only on seeking out developer partners who we identify based on their history. Now we will begin considering incoming titles in later stages of development based solely on the game's merit, regardless of team size or past accomplishments.

This means we're open to partnering with new and up-and-coming developers, as long as they have a really compelling and fun game.

We will also continue to enter into multi-title agreements, where we fund game development from the concept stage, as we have with our current partners like Signal Studios and Harmonix.

Why are you doing this now?

We've identified a clear need in the market for the services we offer and this is evident from the steady stream of inquiries we already receive. Many of these inquiries come from teams with little previous experience shipping complete products, but their immense talent and potential is clear.

Tilting Point was built to serve the independent development community.

We're seeing awesome games that are close to completion, many of which don't require funding. We'd love to help the teams behind those games make the most out of them and now we have the opportunity to do so.

Tilting Point was built to serve the independent development community, and this expansion gives us the ability to meet more of the community's needs.

How is this different from what your competitors do?

Now, with our submission site open, all developers will have an opportunity to work with the same team that our other elite developer partners do.

In addition to the suite of services we offer, our deal terms also differ from those of traditional publishers. When necessary, we provide funding for user acquisition (including during soft launch testing), live operations, and full scale marketing campaigns, and our partners always retain control of the IP.

Is this adjustment to your model an admission that your original set up was too rigid, or is this more about changing market conditions?

This is an expansion of our model to include more developers and more games and is partly a reaction to the high caliber of talent who have inquired about our partnership offering.

We will still continue to form partnerships with well-known developers in multi-title agreements, like our new partnership with Harmonix. But now we are adding to that game pipeline with high quality individual titles that are at or near completion. This is a natural extension of the services and resources we have available to deploy.

Getting involved in games at a later stage means you'll have less influence on the development process. Does this weaken the rationale for Tilting Point's model?

Our careful selection process will mitigate the need for influence on the development process. By selecting great games in late stages of development, we eliminate the need or desire to make drastic development changes.

A significant portion of the value we bring is during the period leading up to and following launch.

That said, we will always work with our developer partners to make sure their game is ready and optimized for a successful launch. If that requires several months of development or testing to implement certain key features or to make necessary design changes, we'll have that time to do so.

Furthermore, a significant portion of the value we bring to developers is during the period of time leading up to and following launch. Intervening in late stages of development does not limit our contribution in any way.

Why is it important to open up the model as more of a self-serve submission process?

It's important for us because we want to make it easier for developers to reach out to us, share their work, and have a conversation with us about what a partnership would look like.

This allows us to see more projects and consider more deals. We have always received submissions on a daily basis, unsolicited, but now we will formally start to evaluate and pursue partnerships with developers that come to us.

Will you be moving into publishing in terms of Tilting Point's name being on app stores?

This will depend on what the developers want. Our approach has thus far been to put the developer's name first. Their games are published under their own brand in the app markets. This arrangement has worked well for our current partners, each of whom has an established brand name and a history of games that are known.

However, some developers seek the exposure and positive brand association that working with a well-known partner can offer. So we will consider providing a destination in the app markets when it's the preferred arrangement for our partner. This would allow for more efficient cross-promotion, game discovery, and app bundles of related titles.

What do you think are the key services that most developers now require?

Across the board, we find that developers need help getting their games noticed by consumers, and that's one area where we know we make a measurable difference.

There are hundreds of thousands of games available for download in the app stores. Standing out in that environment is a challenge that very few developers are equipped to take on.

They need close relationships and daily dialog with the platform licensors. And since featuring is only part of growing a user base, they need original marketing strategies and materials to stand out from the crowd and show off their games in attention-grabbing ways. They need cutting edge advertising, press relations that reach mainstream audiences and the resources to launch a brand that can grow beyond a single app.

Above all, they need volume, scale and expertise that surpass what an independent developer with only one game releasing every one to two years would logically command if they were to go it alone. For many developers, marketing is the last thing they think about, after the game is finished and sometimes even after it's already launched.

Besides marketing, the needs vary depending on the developer and the game. For example, some developers handle QA in-house, while some are really appreciative of the fact that they can hand off that entire function to our in-house QA management.

Some developers are fantastic at user experience design, while others rely on us to provide advice and assistance in that regard. What we consistently find is that developers appreciate having all of the necessary resources available to them in one place from experts with deep experience in their fields.

Rather than cutting corners or worrying about staffing, sourcing or managing critical functions during their crunch phase, developers can focus entirely on making the best possible game, and leave the rest to us.

How is this move related to your experience to-date with the three games you have already helped launch?

Our experience with our first three games, in addition to our team's experience on hundreds of other titles, has helped us get to where we are today. Each one has taught us something valuable that we can apply to future games and partner relationships.

When we started Leo's Fortune at the beginning of 2013, we didn't have much of the staff that we have in place today.

With several titles shipped, our full team in place, and a rapidly growing user base, we're now ready to offer our unrivalled services to developers everywhere.

Do you have a sense of the volume of games you'd like to be working on during, say, a year?

We've launched three titles in 2014. We'd like to launch six to ten titles in 2015, and see that number grow gradually in the following years.

We will always remain focused on quality over quantity so the sheer number isn't as important as the quality and fun factor of each one.

Thanks to Dan for his time.

You can submit your game to Tilting Point via its website

Redefine publishing with a job at fast-growing Tilting Point