Drugs don't work: Why Underworld: Drug Lords is hoping but not expecting an iOS comeback 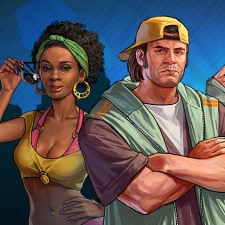 Remember Underworld: Drug Lords? In the formative days of the App Store, A-Steroids' location-based empire builder ran into trouble with Apple because, as the game's name suggests, it featured drugs.

Though those behind it claimed it in no way encouraging or legitimised drug use, Drug Lords was blocked from sale by Apple, causing A-Steroids to re-dress the game in more family friendly clothing.

Now, six years on, Underworld: Drug Lords is back, and this time A-Steroids hopes the mobile marketplace – and Apple's attitude to content on its App Store – has changed.

We caught up with CEO Andrey Podoprigora to find out why he thinks Underworld: Drug Lords will make an addict of Apple second time around.

Pocket Gamer: How aware were you during development that the original Underworld game would run into trouble with Apple?

Andrey Podoprigora: Back in 2008 it was such early days for the App Store that nobody knew anything. For us at least, the relationship with Apple was pure trial and error, nothing more.

Our best shot was to give the game a 17+ maturity rating and hope for the best. A week after submitting the game, we received a notification from Apple, saying that they will need more time to review it. That's when we realised there might be some trouble getting the title into the store.

Soon after that, UK tabloids found out about the game and the whole mess started. We believe it might have contributed as one of the reasons for rejection that followed.

What contact did you have with Apple at the time? Did they explain themselves?

We didn't have any personal contact, iTunes Connect was our only channel of communication.

After a few rejections though we received a call from infamous Richard Chipman, who explained that basically any kind of drugs "are not gonna pass".

How did it perform on iOS in its altered form compared to the Android version?

It's hard to compare, because at that time Google Play - back then known as Android Market - had almost no user base.

Judging by the mere download numbers, the App Store's 'sweet' version had a few times more users than the drug version on the Android. But looking at player reactions, over and over we have confirmed that drug dealing setting generated much more interest and player engagement.

And that actually makes a lot of sense: after all, games are about doing something exciting that you wouldn't do in your real life, right?

With all this in mind, how have you approached the development of Drug Lords? Did you learn any lessons?

Well, our thinking was: it's been six years since then, the App Store must have matured so much. A lot of 17+ games have been released successfully.

Even GTA has hit the AppStore, it must be the sign that the platform is now open to mature products. To be extra careful, we even came up with a set of completely made up drugs, which do not exist in the real world. That didn't help.

Do you have a contingency plan should it run into trouble with Apple again?

Plan "B" is already in action. We're using the 'sweets' setting again to get  another version of the game to the App Store - Underworld: Sugar Wars is currently waiting a review.

Even though we strongly believe that the original setting is what makes the game especially exciting, the hustling gameplay is still a lot of fun isn't relative of the commodities to trade with.

After getting Sugar Wars to the App Store and working on further improvements to the game, we're planning to experiment with other settings- gun trade, bootleg and such.

Overall what's your position on the way Apple handles such cases?

We understand it's quite complicated to handle thousands of developers, a few thousand app submissions a day and retain the high quality bar at the same time, but a bit more transparency here definitely wouldn't hurt.

We still do not understand why a game set in a criminal world of street trade cannot be published under the maturity rating of 17 plus. After all, diversity is what makes App Store and other modern digital distribution platforms great. Not all games must be about rainbows, farms and candies, right?

Thanks to Andrey for his time.