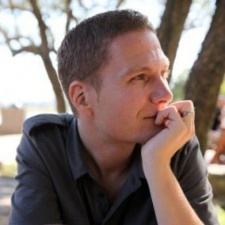 Back in the early/mid-2000s-era of console gaming , German/US developer Factor 5 was one of the scene's cutting-edge players.

Indeed, it helped create the development tools for Nintendo hardware, going on to make its reputation on the GameCube with the Star Wars: Rogue Squadron series.

Instead, with new outfit TouchFactor, he's spent the past four years working on what looks like the most ambitious fish tank simulator ever.

Pocket Gamer: As someone's who's made some big console games, isn't it a bit weird to be making a virtual pet game for iOS?

Julian Eggebrecht: That implies that the platform a game is running on determines the size of a game; or the importance, perceived or not.

I made games for the Amiga computer, Atari ST, SNES, Genesis/Mega Drive, PlayStation and PS3, GameCube, Wii, and the Xboxes were in the mix as well, although not released.

And if we go beyond games and only apps, I can add the PS2, 3DS and a few more.

For me, iOS is a canvas to create on. It is a means to express creativity, with its' particular benefits and challenges, just like other canvases.

When my friends and I founded TouchFactor, we very specifically kept the 'Factor' from our Factor 5 heritage and added 'Touch', because iOS promised us a new way of interaction - touch.

And that was only the start, since iOS and the Apple devices have grown over the years we worked on TouchFish into something much larger than just 'Touch'.

Be that the interaction every few minutes when you check your phone or the complete integration of social networks, iOS is the biggest development in creative canvases since the introduction of consoles and home computers - and we sure want to be part of it.

Why fish and how come it's taken 4 years to develop?

Fish are the X-Wing of the sea, they are awesome! I am an avid diver and far too lazy to own, build, or maintain a fish tank. And, let's be honest, real fish, just like an X-Wing, are a bit dumb.

Fish are the X-Wing of the sea, they are awesome!

The solution is obvious - make an app that has you build your own worlds, has intelligent and beautiful fish that can even turn into your favorite pet, and has the added benefit of being able to share all of it with your friends thousands of miles away.

That's the motivation in a nutshell, circa 2010.

And the hardware gets better and better, so you get ambitious about your graphics, matching all the tricks of the consoles, adding character animation techniques that are used by Pixar... and 4 years later, you are finally ready to share what has been completed.

Mind you, we are not remotely done!

What's volumetric lighting, why hasn't it been on iOS before, what's so special about the A8/x, and why's it important for a fish sim?

Volumetric lighting makes really advanced, and realistic, lighting possible. Sun-rays being thrown through water and refracted and reflected onto the underwater world - and all that in realtime, taking the density of the water, and even clarity into account.

The A8 is the first mobile chip to get us to a level of GPU performance where all of this, plus soft shadows and ambient occlusion, can be done in realtime. All of these techniques are important for any game, but especially useful for one that takes place under water, since it is a denser and more dynamic medium than air.

The A8 blew us away - not only did we manage to squeeze these super-sophisticated techniques out of it, but at crazy resolutions and 60 frames-per-second. Never mind that the big discussion point of the PS4 and Xbox One currently is the fact that almost no game runs at 60 FPS and suddenly 30 FPS allegedly is the new 60.

No, it isn't, it is just good enough. 60 is the gold standard. Always has, always will be. The iPhone 6, iPhone 6 Plus, and the iPad Air 2 allow us to run TouchFish at 60 FPS with the most advanced graphics techniques, that's a first in the mobile world and bodes very well for the future of games in the Apple ecosystem.

Apparently the game can read my emotion? Really? How do you do that and how sophisticated is the AI?

Really. If you opt in to give TouchFish access to the front camera, we use facial recognition to find your head, and eyes, and mouth in the camera image, and our virtual pet looks at you, and just like a real pet follows your gaze and movement in quite a subtle way.

On top of that, if you get close, your Buddy swims up very close and if you see your reflection in your pet's eyes, your Buddy is looking at your expression. If you smile, it sees that and just like friends in the real world, a smile is worth a thousand words. You make your virtual friend happy with it.

And on the other hand, if you don't want to engage emotionally, that's fine as well. You can pet your Buddy and play all day long with the touchscreen without ever going into full eye contact, but if you try it and smile - something quite magical can happen.

Why did you think it was appropriate to add Twitch support?

I never saw TouchFish as a single-player experience. A lot of the game is built around the attempt to connect you with other players, and Twitch streaming is just one form of expression and connection.

You can stream your tank via Twitch ... and use your tank as a virtual stage or studio to broadcast yourself to the world.

You can stream your tank via Twitch, and switch on the back camera as a background (or the front cam for that matter), and use your tank as a virtual stage or studio to broadcast yourself to the world. And to top all of that, if you jump into the Twitch broadcast section of the game, you can find all streams currently running around the world, and by clicking below the icon you can jump into that streamers tank in realtime - and have your Buddy meet his, have them play together, and even become friends.

That's a virtual encounter, which we supplement by you encountering folks via our mini-games in our leaderboards, but even in the real world via iBeacons.

If you have TouchFish on your phone running, and another person with the game walks by, your BuddyFish want to play and meet - either on the spot or later when you get home. And just like a real dog-walker on the street you encounter others with your virtual pet. You visit their worlds, and they visit yours.

What are your future plans in terms of supporting TouchFish?

We are currently pushing new content to the app twice a week, and of course are doing regular app updates to fix bugs, and introduce new features. Just a few days ago we went live with our Family Fish - an easy way to turn a pair of regular fish into a family which starts having babies and fills your tanks with plenty of life.

But the best bit is yet to come - we have been working for a long time on a revolutionary way for our users to have and create their own, absolutely unique content, and share it with all players worldwide.

Imagine BuddyFish having children, and those children having a virtual genetic DNA that is being created in realtime thanks to Apple's Metal technology. Truly unique, but somewhat deterministic children that pass on their DNA to future generations, so just as in real evolution, features can be bred in or out.

And not only the parents will play a role in how the children look and behave, but also the surroundings in which the eggs are being hatched in terms of colors, lights, and how often you check in.

And a smile at the family will make for happier children as well. You can raise the youngsters yourself, or put them up for adoptions by other TouchFish parents in the community. We are almost done with this and hope to have it out in a big update as a holiday gift. Fingers crossed!

Will you be using the tech to make something more game-y? Maybe with dragons and/or X-Wings?

Well, so if virtual evolution isn't exciting enough, there are great mini-games like Bumper Fish in TouchFish, and more are to come.

Seriously, though, the iPhone has all the bits in it to turn it into the perfect 1:1-mapped lightsaber, and once Apple provides us with a lag-free option to display the gameplay via an Apple TV, there sure would be a very cool app waiting in the wings.

Plus, again with the Apple TV in the mix, a very, very nice take of our Star Wars: Rogue Squadron franchise certainly would be in the cards. I hear X-Wings and the Millennium Falcon are coming back in style next year, so I guess we need to talk to Disney!

You can get TouchFish free from the App Store [iTunes link]

Updated: To be an eSport, you have to design a game for spectators as well as players, says Mobcrush