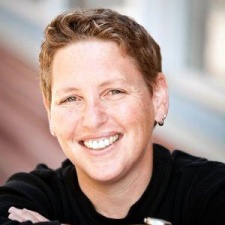 Given her history making F2P games at ngmoco/DeNA and Kixeye, the title of Caryl Shaw's GDC Next 2014 talk was always going to be provocative.

"Reclaiming My Soul: Why I Quit Making F2P Social Games" will detail her views on that time; something she's now put behind her with an executive producer job at multiplatform developer Telltale Games.

"I started working on F2P games the day the iPad came out so I might be ahead of the curve in terms of my experiences," Shaw says, of the choice of topic and title.

The choices we make

In terms of what the talk will be about, Shaw says she's been thinking about the ethical choices a F2P game forces designers to make.

"I don't think people are being purposefully unethical, but we should be focusing more on the customer; thinking more about fun and less about compulsion loops," she says.

There are a lot more jobs for data analysts than for production staff.

Of course, plenty of F2P designers will argue that the best developers are becoming much more sophisticated and primarily focused on metrics like fun and retention, not monetisation.

Indeed, our Monetizer Mavens have been debating this very point.

"I like games like TwoDots and Triple Town, and puzzle games can be interesting in terms of using monetisation techniques in different ways but while I played and spent money in Candy Crush Saga, its paywalls were high. If you didn't pay, there are some levels you would have to play for weeks."

And, significantly, the success of F2P games is being reflected in the industry's structure.

When looking around for a new role, Shaw says it was notable there are a lot more jobs for data analysts than for production staff.

In that respect, it's perhaps no surprise she took a role at Telltale Games - which is best known for paid episodic games like The Walking Dead and The Wolf Among US.

But coming back to that provocative title, it's clear the talk behind it will be based on Shaw's personal journey over the past five years.

"At this stage in my career, I wanted to work on games that I love and enjoy making day-to-day," she says.

"But equally that doesn't mean I'd say Candy Crush Saga was soulless. It just isn't the sort of game I want to be working on."

Caryl Shaw's talk "Reclaiming My Soul: Why I Quit Making F2P Social Games" will be held in Room 502A on Tuesday 4 November from 11.30am in the GDC Next 2014 Production track.

Kabam on the fun at the core of its skill-based F2P brawler Marvel: Contest of Champions