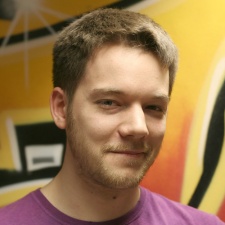 Paul Croft has been designing, developing and producing digital games for the past 12 years.

Since co-founding Mediatonic nine years ago he has helped grow the firm to a team of 60+ based across two studios.

Paul Croft: UK game developers have had a huge impact on my gaming life. I was a big fan of Bullfrog and Rare, in particular with GoldenEye and Dungeon Keeper being among my favourite games of all time.

As a nation I think we're great at developing innovative games with great heart and soul.

It's primarily due to the rising acquisition cost relatively to typical ARPUs one might expect from a free-to-play title. Companies that are at the top of the charts can afford to spend big money to retain their position, which means it's increasingly challenging to break in.

Ultimately there are a number of different solutions depending on your size and position in the market, but it's important to think about your approach early in the development of your title.

It depends a great deal on the countries targeted.

For example, in Asia, each market has its own nuances, platforms and differences. China is vastly different from Japan. Relationships in Asia take a long time to build and require a lot of face-to-face contact time in order to cement and form long term partnerships.

In addition, without visiting these markets, it can be difficult to understand their unique requirements for titles.

For games businesses I would say the key challenges are: understanding the nature of markets they wish to break into; and the potential effort involved in culturalisation if the game has not been built with this in mind.

Getting out and spending some time in the market is by far the best first step in order to start exploring opportunities overseas.

Frankly on mobile it will become increasingly difficult for indies to survive, particularly if they are self-publishing on the platform.

In my view the best route to success for a self-publishing indie developer is to focus on a niche market that they know inside out.

In my view the best route to success for a self-publishing indie developer is to focus on a niche market that they know inside out and make something that a subset of people will really love - ideally, keeping costs as low as possible.

Alternatively, partnering closely with a publisher who understands your game and can invest the capital that is required on the UA side is an alternative, particularly if your title is more mass market.

There's opportunities there for smaller indies to tap into that market, but I don't believe it will become mainstream in the near future.

Catching up with industry friends and getting insight into what trends and challenges they see happening in mobile games over the coming year.

I think in 2015 we'll see a continued rise in production values and quality across mobile games in general.