Indies need to be experiemental to survive and prosper, says Byron Atkinson-Jones 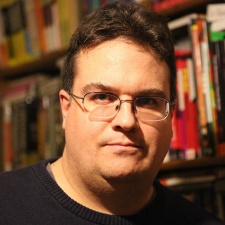 Byron Atkinson-Jones is a highly experienced developer and has worked on most platforms from desktop, consoles, mobile and web.

He went full time as an indie two years ago and has released Blast Em! on Steam and is currently working on A Touch of Magic, Caretaker and Containment Protocol – which you can play at Xiotex Studios

You can follow Byron on twitter as @xiotex where he mostly talks about developing shaders in Unity and eating Nando's.

Byron Atkinson-Jones: British developers have had a massive impact on my life. As a kid I used to play games by Jeff Minter, Andrew Braybrook and later on Peter Molyneux and they were not only my heroes but my main inspiration to make games.

Andrew Braybrook's regular development diaries in Zzap 64 gave me a big insight into what it took to make games and I knew right then that this is what I wanted to do.

User acquisition is a big challenge because in order for your game to generate a sustainable income you need players. How do you get those players?

The first problem is discovery followed by the acquisition itself and then retention.

The typical routes have become more and more problematic for smaller developers because the bigger developers have pushed up the base price per user. This means we either have to come up with a more unique and effective way to attract users or basically fade away.

For me the biggest challenge when trying to publish abroad is understanding the market – especially in Asia.

It's hard enough trying to find game concepts that work well in western markets so trying to penetrate another market where I barely understand the games that are currently played there (and I don't mean language barrier) is a scary but necessary prospect.

To survive in the mobile economy we have to try and stop competing with the larger studios.

To survive in the mobile economy we have to try and stop competing with the larger studios. They typically have massive budgets to not only spend on the games but on the marketing of them.

However, just like the triple-A market, the larger companies are falling into a pattern of games that seem to consistently provide and income for them. This presents an opportunity for indie developers to be more experimental and provide games that aren't represented at the moment.

It's not a road to getting rich but it could be a road to surviving and hopefully with time - expanding.

I'm still to be convinced about VR as a mass-market consumer technology. When I see people playing games it's typically on a bus or a train. I can't imagine somebody getting over being too self-conscious and putting on a VR headset in public.

It's a common mistake to conflagrate the mobile market with the hard-core gamers, which would put on headset at home. I'd love to proven wrong though because as a developer, VR technology is cool.

Inspiration. It's always amazing to be around other developers and seeing what they are up to – it makes me proud to be a member of this great developer community and I can't wait to see them.

My game A Touch of Magic will come out, everybody with an iPhone and iPad will buy a copy which will make me the next Notch.

Then I'll wake up, remember it was all just a dream and get on to working just as hard as everybody else solving the discovery issue and trying to get people to buy my games.