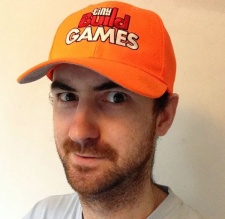 A one-time scribe at Pocket Gamer, Mike Rose has crossed to the light side and is now "a kind of mashup between the village's new town crier and talent scout" at indie developer-turned-publisher tinyBuild Games.

Mike Rose: I really want virtual reality to finally happen, so Facebook buying Oculus was the big news for me.

When a company like Facebook throws $2 billion at something, you know that they *need* it to work out, so I can imagine that we're going to see VR have its best shot at succeeding in the next few years as a result. Whether it will actually take off this time is another matter!

TinyBuild went multiplatform in 2014! We were originally a PC-only developer and publisher, but there's so many opportunities outside of PC now that it seems silly not to spread ourselves, especially when the company has already had success, and can afford to experiment.

We've got a bunch of games coming to mobile in the next several months, and we've got a handful of console games on the way in 2015 too.

I think the most significant news for tinyBuild this year is just how big SpeedRunners has been for us.

The game is still only in Early Access on Steam, but it's seen an explosion of popularity over the last six months especially, allowing us to really ramp up our business elsewhere (hence going multiformat). The game isn't showing signs of slowing down either, so the company is in pretty damn good health at the moment!

I can't answer this question, sorry - there was way too many good mobile games this year.

2014 was the year, in my opinion, that mobile finally showed true signs of maturing. It's part of the reason that tinyBuild is so excited to enter the mobile space now.

We want to start by scouting out which markets work for mobile, and sort of go from there.

We're aware of the popularity of mobile games in the East, of course, and from what I understand games that are specifically catered for Eastern audiences do best. So I think the plan will be to build up a mobile fanbase in Europe, the US etc first, and then see where we stand with regards to targetting Taiwan, Japan, Hong Kong.

I'd love to see 2015 be the year that negative perceptions of mobile gaming were well and truly squashed.

I think a lot of people will start focusing on all the mobile VR stuff that's going on, but I think it's not going to be worth gunning for just yet - the tech needs time to mature before it'll be worth exploring.

Rather, I think a lot of smaller devs are going to be looking at all the big popular mobile games that have been taking up the headlines this year, and thinking "Hey, we could do that too!"

That's my hope, anyway - I'd love to see 2015 be the year that negative perceptions of mobile gaming were well and truly squashed.

Oh man, I don't do New Year's resolutions because I never stick to them. But if you're going to put me on the spot, I'd say my own personal resolution is do some exercise so I don't end up a withered stick figure by the age of 35.

As for a resolution for the games industry, I hope that in 2015 we break down the barrier between "mobile games" and "hardcore games", and treat all games equally. I can dream!

VR, console brands, paid, Apple TV... Indie Mavens on the trends they expect to see in 2016

Can indies compete in mobile with the likes of Nintendo, Konami and Square Enix?