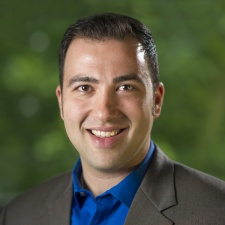 Chris Akhavan: I think the most significant news event was actually the lack of news on the multiple failed games that came from a large number of new studios made up of top notch talent with solid funding.

There were quite a few failed games from heavily hyped new studios.

I won't mention any by name, but there were quite a few failed games this year from highly anticipated, heavily hyped new studios. This is significant because it shows how high the barriers to entry have become in the mobile games ecosystem, and how high the bar is to be a viable studio.

What was the most significant event for Glu?

The tremendous success of Kim Kardashian: Hollywood would probably be at the top of the list in terms of significance, but we also had a number of other significant (though less talked about) events.

Other highlights include our acquisitions of Cie Games (developer of leading racing game, Racing Rivals) and PlayFirst (developer of the Diner Dash franchise).

We believe we are one of the most diversified mobile gaming studios in the industry, and look forward to more cross-genre success in 2015.

Outside of Glu's games, I played True Skate more than any other mobile game this year. I love that game because you can play it whenever you have spare minute, and it loads instantly. The open sandbox nature of the game allows you to jump in and be entertained without feeling like you have to commit to any set amount of play time.

It's the kind of game that you can mess around with while you think about other things - the cognitive load is minimal. The game sets up perfectly for a mobile experience since you can play it with one hand using one thumb.

We expect to continue to drive a large chunk of our revenue from the major English-speaking markets given some of our top titles like Kim Kardashian: Hollywood and Deer Hunter 2014 skew towards these markets, but we are equally bullish on growth across Asia.

Glu has local offices in China, Japan, and Korea, and we will continue to invest in growing our presence in these key mobile gaming markets.

We will launch Eternity Warriors 4 next year, which from day one has been designed with an Asia-first focus.

I expect to see continued consolidation among the top 200 grossing charts via M&A as well as larger publishers increasing their share of the market via recognized original and licensed IP.

Take a look at the Google Play top grossing charts in Korea right now for a preview of what I expect the charts will increasingly look like in multiple other markets next year.

My personal resolution is to start learning Japanese due to both professional relevance and personal interest.

As for the industry, the resolution I would recommend is that people should stop complaining about CPI going up at every conference ; )

Games as a Service will be 'table stakes' from 2014, says Glu