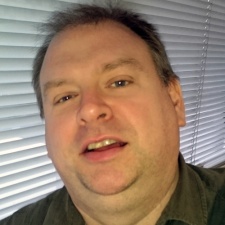 Seen it. Done it

Matt Spall is a veteran of the games industry with a 27-year-career working in companies like The Sales Curve (later Sci), Virgin Interactive, Psygnosis and Take 2.

He co-founded his first business, Morpheme, in 1999 specialising in mobile content (then WAP), eventually winning a BAFTA and two Develop awards.

Matt took the company through a number of ownership and focus changes over a number of years moving away from mobile, into casual games, then internet content.

Pocket Gamer: We’re showcasing the Best of British at Pocket Gamer Connects so how much of an impact have British game developers had in your gaming life?

Matt Spall: British game developers have had a huge impact in my gaming life.

Growing up a gamer in the 70s and 80s exposed me to a huge number of games built in the early days of the industry and early pioneers like Jeff Minter, Matthew Smith, Tony Crowther, Eugene Evans and John Ritman, to name but a few, have really shaped what I expect and love from games, even now.

I've always found picking your targets very carefully can be good - produce something for a niche that is under-served, or one that has room for more of the same.

Produce something for a niche that is under-served.

It's incredibly hard to establish a new brand or innovate cross category, and those who try without monumental marketing support will likely fail.

It's relatively easy to create a groundswell of interest in a product in your home territory: there are usually people who can, and will help you get exposure.

Once you move into a new territory, even without language barriers in the way, the familiarity with locals becomes weak.

Finding a few influential local people can pay dividends, maintain relationships when you can, and where possible, reciprocate.

Non-intrusive tech, like smartwatches, and control systems like the Myo armband (below) are likely to succeed more so than overt wearables like Google Glass (or whatever it becomes).

Mobile is still a very personal domain, where a user's screen on their mobile device is still very much their own space, The extension of that space out into the world is one that needs to be handled carefully.

To listen and learn about how the market has changes, and where it's likely to go. And the bar : )

What’s your prediction for the mobile gaming industry in 2015?