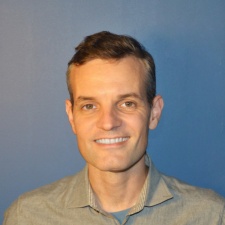 Joost van Dreunen: Without a doubt the most significant news event for the mobile games industry this year was King's public offering. It told a story of how far the casual games market had come and at the same how poorly mobile and digital games are understood by most people out there.

How did your business focus change in 2014 ?

The focus of SuperData has always been on understanding the digital games market, and 2014 was no exception.

What's been fascinating this year is how quickly console gamers seem to adopt to digital distribution and the relentless growth of mobile games.

Our most significant news event in 2014 was the moment we reached critical mass with our data collection, allowing us to report on a lot of uncharted territory like free-to-play and PC downloadable content.

For a bunch of number junkies, it doesn't get better than that.

My favorite mobile game this year is Sunburn!, as it's a game made by a few of my students at the New York University Game Center.

It is really impressive to see a bunch of clever, talented people apply themselves and make something that is beautiful and has integrity. Each of the guys behind Sunburn! have come a long way and I'm very proud of them.

What do you predict will be the most important markets for mobile games in 2015?

China and possibly India will be critical for mobile games in 2015 in terms of sheer size, but publishers mustn't overlook the importance of more developed markets like North America and Europe.

Since we are still in the midst of a truly disruptive moment in the games industry, mobile gaming is still brimming with innovation. But as the developed markets start to saturate - in terms of an overwhelming number of available games and growing consumer expectations - we expect to see some really creative approaches to the underlying business model of mobile game publishing as well.

Already we saw King using traditional marketing channels to reach new users for its Candy Crush, and Puzzle & Dragons and Clash of Clans did some fascinating cross-over promotions.

In 2015 there is an opportunity to small and medium-sized game companies to come up with innovative business models that, for instance, mitigate risk by establishing multiple revenue streams or offset marketing costs by collaborating with others.

Playing is about sharing.

Of course, that said, content will always be king, so we keep a close eye on companies that can truly make magic happen.

Maturity. As the father of a two-year old and the CEO of a startup I've come to realize that everything you do and say has an effect on others. Next year I intend to be more aware of my own decisions and how this reflects on others.

For one, now that my kid is starting to notice TV screens everywhere, I've switched to a 3DS and have mostly been playing Nintendo games.

What I'd like to see from the industry in 2015 is a bit more maturity and inclusivity: playing is about sharing. By including more people and not having a single socio-cultural perspective dominate the design agenda, video games will truly become the medium we all know it can be.

Thanks to Joost for his time

Superdata estimates Clash of Clans will generate $1.8 billion in 2014