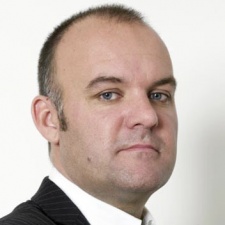 Jens Lauritzson: The investment by Alibaba in Kabam signalled that a change in the ecosystem is about to happen.

China is already the biggest smartphone market in the world and it is now seriously positioning itself for global expansion.

Flexion launched its new freemium wrapper during the year with a flagship title like Subway Surfers.

Our focus is now on distribution and monetization in the fastest growing Android markets in the world where most developers struggle to generate revenues.

It would have to be Subway Surfers given its global mass appeal and addictive gameplay.

We have all been amazed by its incredible retention rates which just show how popular it is.

What do you predict will be the most important markets for games in 2015?

China is seriously positioning itself for global expansion.

New advertising and discovery methods will continue to dominate due to the problem of overcrowding in the app stores.

At the same time developers will seriously start looking at emerging markets and alternative distribution channels. China will continue to dominate the headlines.

My New Year's resolution - wouldn't it be nice to work less and play more games?

2014 was the year of the clone and I hope developers can be more creative during 2015.

I would also wish that developers could use some of their budgets on new discovery and advertising methods. The industry is too focussed on CPI and charts, in my opinion.

Thanks to Jens for his time