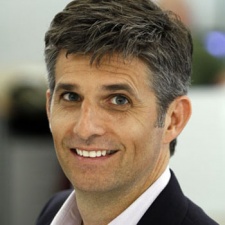 Greg Richardson is the CEO and founder of Rumble Entertainment, a US developer of F2P PC and mobile games, which raised $17.5 million from Nexon in 2013.

Greg Richardson: The overwhelming success of the iPhone 6/6+ and the overall trend of larger screens on smartphones. With Apple coming around to the fact that "bigger is better" when it comes to phone screens, game developers can now reach with massive smartphone audience with games originally designed for tablets.

Couple that with the increased GPU power Apple's new Metal framework provides, and designing triple-A for phones got a lot more interesting this year.

We launched our first game in a beta on mobile and learned that mobile players:

Hearthstone - It took a mobile genre that was long on monetization and short on entertainment and inverted the approach. It was engaging, fun and social in the old school way where you could compete with others in real time. The attention to details and overall quality were exceptionally high.

Vainglory - It may be awhile or perhaps even never before it makes a lot of money but Apple's highlighting of the game underscores that innovative games which are fun and take risks and that appeal to more than casual gamers is the future of the business.

North America and western Europe as that's where our cultural and design sensibilities lie but Korea and China are close behind because they are already starting to consume bigger, deeper games with synchronous multiplayer while that is still relatively unpaved ground in the west.

Monetization will be a lot less aggressive and occur later in the player's lifecycle.

Living every day more from the heart, and not the head. Letting go and trusting myself.

Similar for the industry: Creativity comes not from over-analysis or from chasing the low hanging dollars but instead from inspiration, patience and challenging the past.

The mobile industry is ready to transition from a rocket ship ride for capitalist entrepreneurs to the bastion of enlightened creatives who are inspired to entertain and make people happy.

Thanks to Greg for his time

When it comes to monetization in 2015, we have all the questions...