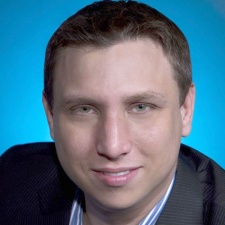 Pocket Gamer: What was the most significant mobile games news in 2014?

Jesse Divnich: Definitely the success of Flappy Bird and the aftermath it left on the industry. Prior to the Flappy Bird sensation in late 2013 and into 2014, we thought we had the industry figured out.

It was an honor for one of our titles, Leo’s Fortune, to receive an Apple Design Award, runner-up for Game of the Year by Apple, and multiple other recognitions and awards for the game and our marketing campaign.

While we only released three games in 2014, all of them received top banner placements in the app store and it helped reinforce our core strategy to always partner with talent.

One of our changes in 2014 was an addition to our portfolio strategy. Instead of just focusing on proven talent, a strategy that will always be one of our core philosophies, we have actively sought out to discover talented developers before they’ve achieved critical acclaim.

It’s been a beautiful journey this past year, talking to hundreds of developers to discover those very few that are highly likely to be the next breakout success stories.

Hearthstone. I never had a taste for CCGs and this was the first to get me hooked. It was also one of the very few games I’ve sunk hundreds of dollars into with no regret.

China is a big key focus for us in 2015. Not just in bringing our games over there, but their games over here.

Independent developers will continue to struggle without proper support in 2015, whether that be from a publisher or a partner.

We’ll likely see an increase in consolidation among publishers and developers. More publishers acquiring studios, more developers turning into publishers, etc. I’ve been through it all and one thing I’ve seen as a constant is that as a market matures, consolidation begins.

Additionally, independent developers will continue to struggle without proper support in 2015, whether that be from a publisher or a partner.

Personally: It is to continue to play games outside of my preference and comfort zone.

For the industry: To build more brands. We are a part of the entertainment industry and aside from a few of us, we have forgotten what succeeding in entertainment is all about - outside of making money - it’s about building brands and allowing consumers to interact and consume your brand outside of the game itself.

Thanks to Jesse for his time