2014 in Review: Josh Presseisen, Crescent Moon - Make the games you’d like to play 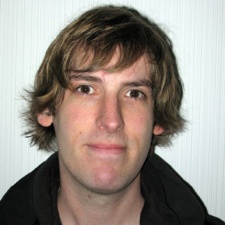 Josh Presseisen: I would have to say the most significant news of 2014 were the new technologies released - VR (Gear VR), Android set-top boxes, and the new smartwatches.

I think they will have a big effect on the industry moving forward.

The focus has changed from spending most of our time on mobile games to focusing more on PC/console games, Kickstarter, and game bundles (Humble Bundle in particular).

The Crescent Moon Humble Bundle was certainly our biggest news event for the year - and my most favorite company moment so far. Being able to celebrate all of our great releases and give to charity at the same time was a fantastic experience for me.

Probably Monument Valley. I liked the art style and I liked the fact that it became popular - I really appreciate what they've done with it.

Building the next freemium hit is a lesson in futility.

Still seems to be US and Europe, with China moving up slowly.

A bigger focus on peripherals - I see many more requests for controller support than ever before.

I would say focus on making the type of games that you personally enjoy, and don't try to make something just to make money.

Building the next freemium hit is a lesson in futility - build what you would like to play yourself, and they (the players) will come.

iPhone 5 to be 'Apple's biggest seller yet', reckons Crescent Moon