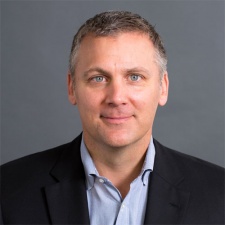 Chris Petrovic is a games, tech and digital media veteran, with more than 15 years of global experience in the sector.

He currently serves as head of corporate development & licensing for Kabam, where he is responsible for managing the company's mergers and acquisitions, along with partnerships with Hollywood studios and other IP holders.

Petrovic is a co-founder of an event called the Unlock Summit, an annual invite-only off-the-record event that brings together thought leaders from across the games industry, and serves as an advisor to a handful of early and growth stage companies, including Highwinds, Turbulenz, Happy Cloud, SEAL Innovation, Feed.fm, FightClub.com, Koolbit and Frag'd.

Chris Petrovic: British game developers have had a tremendous impact on both my personal and professional life.

In my current role with Kabam, my team and I constantly looking at opportunities to work with leading developers in markets outside of our own, and when I think about the hotbeds of innovation for gaming in general and mobile gaming in particular, our focus always includes the UK.

As the mobile market continues to mature, it is doing so at a much faster pace than anything we've seen in the games industry before.

The combination of constant technology innovation on both the hardware and software side, combined with the insatiable appetite for mobile games from consumers worldwide, has driven both development and marketing costs up significantly.

As a result, many game companies - particularly younger/smaller ones - are looking to partners to help defray marketing costs while they focus on the art and science of making great games.

What are the major challenges for western companies publishing globally?

As a global player in the mobile gaming sector, we spend a lot of time and effort analysing opportunities to grow our business in "new" territories - mostly Asia - whether on our own and/or in partnership with others.

The main challenge I see for all of us looking abroad is having the necessary insight into and understanding of what it takes to have a successful game in those markets. Each market is so different that it can be extremely difficult to get that insight, so my advice would be to focus on one to two markets and prepare for a deep dive!

Innovation is the single biggest advantage that indies have.

For me, the short answer is to have a maniacal focus on innovation - it's ultimately the single biggest advantage that indies have in the marketplace.

Like with any new technology, these initiatives have great appeal primarily because they hold the promise of opening up a new consumer market, but as we've seen in the past, in most cases, the timeline between early and mass adoption is usually longer than we'd like it to be.

At the end of the day, developing and selling new "stuff" - especially hardware - is extremely expensive and risky - wearables and VR are no exception.

I don't see them having a material impact on the mobile landscape as we know it anytime in the foreseeable future.

I'm going to update a prediction I made for 2014, which is that we would see Nintendo IP appear on a non-Nintendo device. That turned out to be somewhat true with the availability of the Pokemon Trading Card Game.

My prediction is that Nintendo will release at least two native mobile games in 2015.

Starting with China, how Kabam is looking to boost Asian revenues beyond 10%