Is Finland taking the fun out of funding? 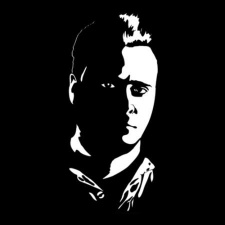 Success stories from the likes of Supercell and Rovio have flowed from Finland like gold dust in recent years, sparking a wave of investment that between 2011 and 2014 pumped $1.7 billion into Finnish games companies.

However, one games developer has claimed that all that glitters isn’t gold.

Jukka Laakso is the CEO and co-founder of Rival Games, an indie studio specialising in making episodic, story-driven gaming on mobile and PC platforms.

The studio’s debut game, The Detail, launched to critical acclaim and taps into the market for branching, narrative games that Telltale has so successfully mined with the Walking Dead series.

But it's not a classic time-or-grind free-to-play game like so many that have received strong backing from the VC community.

So unfortunately despite having what Laakso considers a strong in-house team, positive reviews and a scalable business plan – Rival Games is now struggling to secure funding.

It seems incongruous when 2014 saw news of a Finnish studio netting investment almost every week, but Laakso’s claims suggest that beneath the glamour lie some wider issues with Finland’s gaming ecosystem that bring hopeful developers back down to earth and harsh reality.

“The main problem in the Finnish game industry is rather simple,” Laakso tells us.

“Teams who have made some previous investors rich get all the available funding at the moment.”

Laakso argues that investors should of course prize the strength of the team as one of the most important factors in a studio’s success, but rather than counting each individuals’ years in the industry, investors should focus on the experience the team shares.

People tend to the exact same things as before and don't have the guts to try something more radical.

“A team that has worked together for 20 months is more efficient in development than a totally new team working together for the first time, even if they have tons of experience,” he says.

He believes this dependence on previous success can lead to a period of industry-wide stasis. “Experience blocks innovation easily, since people tend to the exact same things as before and don't have the guts to try something more radical,” he argues.

Turn down the static

“Finland has technological talent to create category defining games to any genre out there, and with mobile still being a young platform, new market segments (casuals turning to core gamers, etc.) are bound to surface.

“These are the ones we should be going after instead of trying to compete with everyone else out there.”

He has written about the issue on a blog, explaining that those who wish to found their own games company need to understand that the venture capitalists that have been making headlines in Finland for the last year are often reluctant to invest in truly creative games.

“The cards for casual F2P have already been dealt, and the one's holding the aces, kings and queens are pretty obvious,” Laakso tells us.

“So should we try to go after the jacks with millions of others doing the same? Or change the card deck to completely new one, with no cards on the table yet?”