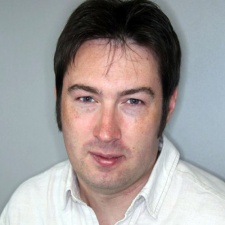 There's a strong history of game developers making their inhouse tools available for a wider audience.

Companies such as Crytek, id Software, and most notably Epic Games, have built good businesses on the model.

However, the rise and rise of Unity Technologies as a global player that supports all gaming hardware over the past decade is an example of trend reversal.

And maybe it's time for the tide to turn again.

To find out why and what the company's plans are for the future, we caught up with CEO Paul Farley.

Pocket Gamer: How long have you been using these tools internally, and how many games have you shipped using them?

Paul Farley: ChilliSource has been used by Tag Games internally for a number of years.

We have shipped 11 titles using ChilliSource.

Why did you decide it would be a good idea to open up the tools to external users?

We decided to make ChilliSource available to the wider games and apps industry for a number of reasons.

The more developers we have using ChilliWorks, the more advanced it becomes.

Firstly, we can learn from our community. There are some seriously talented individuals out there and due to the open source nature of the engine, these skillsets become of value to all of ChilliSource's users.

The more developers we have using ChilliWorks, the more advanced it becomes.

Secondly, we have benefited from open source software provided by other companies and individuals and wanted to give something back.

How have you gone about externalising the tools in terms of providing documentation, support and other ease of use features?

We offer a library of tutorials which are constantly being updated, improved and expanded.

We have an API reference guide and sample projects, one of which is a walk through document consisting of all the features.

We have Facebook and Twitter pages with experienced advisors answering questions that developers may have regarding the software. Ensuring quick and thorough support is one of our main objectives, both via new documentation, updates, community forums and direct one to one communication.

Given the level of competition in the tools market, why do you think other developers will use ChilliSource/Works?

We offer an open source, code-based engine. This means you are in complete control of the engine. You can modify and adapt the foundations of the game engine which you can't do in a closed source environment.

The engine is free and will always remain free. ChilliSource is built using the C++ 11 language making it a very modern engine.

With ChilliSource, you can create 2D and 3D games for several platforms.

Often source based engines make it easier for large teams to manage and develop in parallel as the team can use many tools they are already familiar with (including IDEs, debuggers, profilers and source control) rather than having to learn proprietary tools.

How do you plan to build a community around ChilliSource as an open source project?

We are currently looking for a handful of individuals who will contribute to the development ChilliSource.

We are building a community based on quality over quantity.

We are currently looking for a handful of individuals who will contribute to the development ChilliSource and help lead the direction in which the engine takes. ChilliSource was created to allow developers to meet their own demands and to bring fresh ideas to the table.

For developers creating games with ChilliSource, we will continue to grow our support, create online content and help the development process by continuously creating new features which will enable game developers to create great content.

You've mentioned you have plans for more components as part of ChilliWorks, so what can you say about this?

Right now we are readying two other major components for release in 2015: ChilliConnect and ChilliMetrics.

Connect will allow people with little experience of online development to create an online social game and manage their community easily. It provides tools for managing and messaging users and their data, multiplayer, leaderboards, in-app purchase fraud detection and much, much more.

ChilliMetrics enables the refinement of game performance and quality via a custom metrics and analytics platform.

It allows developers to get access to the important data they need to improve their game and grow their user base without being confused by complex and unnecessary features, or hampered by an aggressive pricing model.

Another key selling point is that we allow access to the raw data which each user can use to run their own, in-depth analysis.

You can find out more about ChilliWorks via its website.

Tag Games rolls out ChilliConnect, the second part of its opensource ChilliWorks suite