Josh Rinsky of Quaid Media talks about a 2015 megatrend 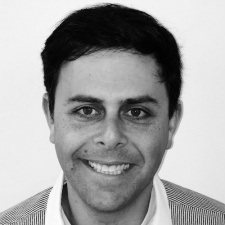 From Facebook feed dominance to AngryNeeson52's endorsement, companies like King and Supercell have been breaking boundaries in the world of mobile TV advertising.

Off the back of the pace these companies have set, eMarketer recently revealed that total spending on mobile video advertising has grown $1.5 billion in 2015, and could hit the dizzying heights of $6 billion in 2018.

The Super Bowl marked a step forward so large, the mobile games video ad industry is now clutching its pelvis and wincing.

But with just 30 seconds of Super Bowl ad space costing up to $4.5 million, few companies will be able to scrape together even a fraction of the cash required to pull that level of brand visibility.

Yet video advertising is being touted as one of the key mobile business trends of 2015, so is there a way for studios who don’t drive to work in Bugatti Veyrons to capitalise on this growing area?

The cost of mobile advertising has risen to the point where it can cost the same or maybe more than TV, if you look at a per user acquisition cost.

Quaid Media, formerly known as Motility Ads, believes so. The Los Angeles-based firm specialises in using TV to drive user acquisition for mobile products, and has been doing so since 2002.

Critically, Quaid Media’s VP of business development Josh Rinsky believes that the power of TV advertising as a UA tool is not out of reach for medium-sized companies.

We caught up with him to find out why.

Pocket Gamer: King has had great, obvious success with its TV ads for Candy Crush Saga – do you think more mobile developers will follow suit?

Josh Rinsky: I think it’s inevitable for a few reasons. First, the companies at the top of the app economy have already done as much as they can with mobile advertising, so in order to keep acquiring users they need to look at other marketing channels.

Secondly, because of the dominance of a small number of companies, the cost of mobile advertising has risen to the point where it can cost the same or maybe more than TV, if you look at a per user acquisition cost, meaning that it’s not just an additional acquisition channel - it can also be a viable alternative.

Thirdly, more and more companies are rediscovering the benefits of building brands.

Sure, you can keep spending to refresh old users for new ones, but the more you spend to acquire, the bigger the cost if you can’t retain. So just as we see all around us, with clothing, food, cars, movies, music, console games - the investment in creating brands that people love creates value far in excess of a simple cost versus spend equation.

I think a great example of this is the latest Supercell advert for Clash of Clans, which is all about the characters in the game, and uses humour really well to tell a story. It’s not about the gameplay or the device, it’s about the emotional connection with the game.

TV commercials are a brave new world for small mobile games developers. How do you know when the time is right to create a TV ad?

That’s a great question - and I’m not sure there’s a simple answer. What I would say is that it’s less about whether it’s the right time, and more about whether there’s an understanding of their consumer.

When we work with a mobile game we need to consider the type of game, the story, and what territories the developer wants to target before we can think about the creative behind the ad or the channels that will best match the demographic of the audience they want to reach.

If you’ve invested in creating a game of the right quality and you’ve got the scale to market and support it, then TV is something that should be in your marketing mix.

The key question seems to be how do we incorporate video in natural, engaging ways into applications?

One of the reasons video is growing so much is because you can tell much better stories and get viewers more engaged than with something static.

It’s all about driving that deeper engagement with a product or brand that TV and video does better than anything else.

Once again, it’s all about driving that deeper engagement with a product or brand that TV and video does better than anything else.

The fact that TV is the largest screen we spend most time watching, and TV ad spend still dominates any other medium, tells you all you need to know.

How did these leaps cause Quaid Media to change and adapt in 2014?

I’m not sure we adapted - we focused more on what we are best at. The biggest change is that we became part of Freenet Group in January of last year, and since then we’ve refined the way we do what we do. Burst TV along with the new name and brand are the first fruits of that.

The thing is, we’ve never stopped creating successful TV campaigns for mobile products - it’s more that the industry has shifted around us over the years, so now is a great time for us to re-introduce ourselves to the new audience that’s grown up since we started.

What are your most important markets in terms of countries, and how do you think this will change in 2015?

In terms of mobile games it’s become such a global business that I’m not sure you can hold up any particular market - they are all important in different ways.

Europe and the US are still seen as ‘home’ markets by many of the big games companies, but you’ve also got huge markets in Korea and Japan where using TV is a really well established part of how they market mobile games.

Maybe what we’ll see is more crossover between these markets, as well as growing focus on younger markets like Australia and Brazil where some of our recent client demand is coming from.

You can see a selection of mobile game TV ads on the playlist below.