DeNA talks Protocol Zero, its stealthy entry into the world of VR gaming

Designing for the spherical environment 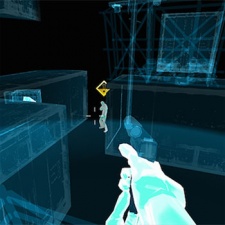 Although Japanese company DeNA is better known in the west as a social mobile games creator, and in its home territory as a mobile portal and e-commerce provider, it's recognised globally as a company that's always got its eye firmly fixed on the next big technological market.

"As a gaming company, it's critical for us to explore new technology, particularly as it pertains to mobile devices as we strive to continue to find innovative ways to impact and delight the gaming world," says Jennie Sue.

Sue is the producer of Protocol Zero, DeNA's first foray into the VR gaming world, which is being developed from its San Francisco studio.

Just as it has for every developer that's embraced this new sector, VR is getting DeNA excited about the new gaming opportunities and the experiences it can deliver, while simultaneously setting it off on a bumpy development road.

"VR is exciting and the concept has been in books, theater, modern entertainment for centuries," Sue continues.

"Philosophically it’s the exploration of where we can take the mind and explore creative alternate worlds and dimensions.

"In a more terrestrial context, it’s the next evolution of interactive entertainment, in movies, games, and applications. It’s exciting no matter how you look at it, even if VR is still early in its development phase."

DeNA now joins the growing ranks of virtual reality pioneers who are forging the way for what's sure to become a huge section of the games market over the next five years.

But right now they're all still building the foundations. Currently no-one yet knows what works in VR games, and what doesn't. There are no blueprints to work from.

Some of the biggest dilemmas are in the player experience and the approach to game design for this spherical space.

No-one knows yet what works in VR games, and what doesn't.

"In terms of development, the spherical environment is a different approach to how non-VR games would be designed as you take into consideration all of the axes relative to the player’s actual position in the game," ponders Sue.

"Additionally, with VR on mobile, we're projecting two screens, the left and right eye, simultaneously, so it’s a higher strain on the GPU. We have to be more mindful of the assets and physics being used."

A demo of DeNA's first virtual reality game - Protocol Zero - was released at the beginning of January, 2015.

Positioned as a 3D stealth game, it makes use of night vision, x-ray and thermal imaging effects as players silently infiltrate enemy hideouts.

In creating the immersive world of Protocol Zero, Sue has had to address usability issues that simply don't come up when developing for any other platform. This has a major impact on design, and offers a delicate balance between providing realistic immersion, without assaulting the user's senses.

"Gamers are fully engulfed in the world you've created, 360 degrees from top to bottom, and side to side," she says.

"There’s the difficulty of creating compelling content that allows the game to feel natural, because dizziness becomes a real factor for people when they first start playing.

"While most gamers are familiar, and have overcome the visual-physical sensation associated with horizontal movement in action games, slight vertical movement, like bouncing, or walking with a bounce, tends to bring about the dizziness. It takes players a little time to get used to and adapt to this type of environment."

Nevertheless, Protocol Zero has proven to be an essential learning experience for Sue and her team, as well as DeNA as a whole.

"The stealth point-to-point action game simulates some pretty cool high tech military optics that puts the player in a unique perspective while navigating around in the dark and taking out enemies," she says.

"We think it’s a pretty unique gameplay experience for the Gear VR, and hope people love it."

Like most developers, the Gear VR is being used as a testing ground for the full game, which is likely to follow once a monetisation option is added to the Oculus Share store.

The demo is freely available right now, and is an impressive first attempt at immersive gaming.

"Smartphones will only continue to become more powerful in CPU performance and graphics, allowing for richer interactive entertainment experiences. We strive to be on the forefront of this."

Check out The Android Guy playing through Protocol Zero below.

Reply
Dave Bra
Protocol Zero: If you bought or or thinking of buying (can't buy if you already have Android 6 as it isn't available) this game BEWARE you CAN'T play the game after upgrading to Android 6 (marshmallow). The developer has ended support for this game so it will not be updated.
Posted 6 years, 1 month ago