Driving syngeries from every game install 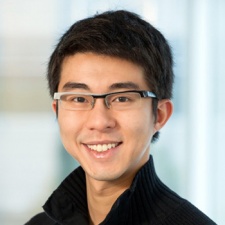 There's the initial surprise that a game or idea has found market traction, which is followed by the more difficult second and third acts of scaling up.

After a couple of years, however, the most difficult change happens.

That's taking the start-up's experimental 'lets-try-anything approach' and maturing it into a 'this-is-now-a-proper-company' stability.

Policies, politics and process start to become important as does the ability to integrate new senior executives to bolster the often inexperienced co-founding team.

Certainly US developer/publisher Storm8 has excelled in its early years. So now the challenge is to maintain the balance between growth and stability.

It's something CEO Perry Tam is well aware of and has been building for in recent months.

"We're aggressively hiring. It's all about finding people who share our vision and have a similar cultural fit," he says, adding an proviso.

"And we're still positioned for growth. Our goal is to be the largest mobile gaming network in the world."

It's a drive that's seen the 250-strong company adding ex-Zynga VP of product Pablo Paniagua to head up its product development, while ex-EA and Zynga exec Tim LeTourneau becomes its chief creative officer and ex-Disney and Zynga man Steve Parkis becomes president of games and network.

It has to be noted, however, that Storm8's decision to focus on its network goes against the current of conventional thinking.

Our goal is to be the largest mobile gaming network in the world.

That states developers should double-down on their most successful titles, reducing the number of games they operate to maximise the potential of the best.

It's not a vision Perry agrees with.

"We have a diversified portfolio that's spread across genres such as casual, arcade and social casino," he says.

"That's more than 45 games, including four launched in the past quarter."

Of course, no matter what the explanation, what's most important is the evidence.

Tam points out that in 2014, while not having any single high profile games like Clash of Clans or Candy Crush Saga, across its various labels like Shark Party, TeamLava and IceMocha, Storm8 was the #4 top grossing company in the arcade game category, #5 in sims and #10 in social casino.

This doesn't mean that it's not looking for new areas of growth though. Despite the number of releases, there are plenty of opportunities that Storm8 hasn't yet got involved in.

For one thing, it's North America-focused, so global expansion is on the cards; something it's currently investigating thanks to a partnership with mobile social network Viber.

It's dabbled in publishing other developers' games - something that plays into its network approach - but not heavily committed to such activity.

There are also new genres to explore.

"We are on the look-out for optimistic investments in new genres with potential," Tam says.

With a single office in Redwoods Shores in the Bay Area, the acquisition of development talent in other parts of the US or world is another option for 2015.

But whatever moves Storm8 makes, there's one thing that Tam emphasises will be foundational to its future success.

"Our network is our biggest advantage over the competition," he stresses.

"Everything we do is about investing into the network."

Storm8 CEO Perry Tam on being different and successful