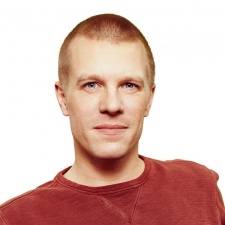 "We realised that our players don't see themselves as gamers," says Daniel Hasselberg, as we sit in the lobby of the Marriott hotel that overlooks San Francisco's GDC.

Three years after the launch of word-puzzle game Ruzzle, of the first 800 users, an impressive 10 percent are still playing regularly.

The game boasts over 10 million daily active players, and over 20 billion rounds have been played since its debut.

As the CEO of the studio behind Ruzzle, Mag Interactive, Hasselberg believes that the secret of the game's user retention success is ignoring the gamer market and targeting non-gamers.

"We were a bootstraped company with no money when we first made Ruzzle," he says.

"We had to make a game that could exist without marketing, so it needed to be super broad in its appeal."

Mag Interactive chose to make a word game because it stands as an "evergreen category". Crosswords have existed in some form for years.

"It might not be the most fashionable," Hasselberg admits, "but word games will always be around."

Tale of the unexpected

So the genre was a conscious deciscion, but the Stockholm-based company was surprised by the eventual target market.

"Starting out we tried to appeal to gamers through games media, forums and so on, but then we realised that our players don't see themselves as gamers," Hasselberg says.

Instead, as Mag Interactive realised that its core user base was women between 30 and 60, it adopted a more organic approach to user acquisition.

"We try to focus on making the game so good that you want to share it with your friends," explains Hasselberg.

"Word-of-mouth is powerful. Most people who discover our games probably discover them over coffee."

Hasselberg attributes Ruzzle's success to paying close attention to the human beings that play its games.

"You need to know your own audience, what they're interested in and where to find them," he argues.

"For us, our gamers might not play a lot of games so we can't advertise in other games. Instead, social channels like Facebook are more important."

Game is a fickle friend

Critically, one of the key benefits of targeting a non-gamer market is their loyalty. Hasselberg claims that the average American downloads zero apps a month, with only a third of smartphones downloading a new app every four weeks.

By targeting a market that rarely delve into app stores, Mag Interactive engaged with a demographic that isn't as easilly distracted.

Combine that with Ruzzle's PVP mechanic which means users have a social obligation to stay in the game to continue the challenge with their friends, and the game is still expanding three years down the line.

Mag just released a major update for Ruzzle that shook up the established format to include new progression and customisation features, as well as a tournament mode.

"That's been the interesting and scary thing to do," Hasselberg laughs.

"We've changed the game from what it always used to be with a lot of new stuff. That's a risky thing to do when your established core player base is used to stablity."

However, the gamble is paying off. Since the update five days ago, overall engagement has doubled while revenues are a blistering five times higher.

But Mag Interactive wants to keep its snowball of growth rolling.

"We want to be the biggest brand in word games," says Hasselberg, hinting that a new title will be hitting app store shelves in late March or early April.