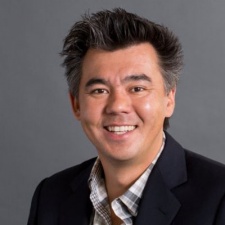 "I've lost count of the amount of GDC's I've been to," exhales GREE COO Andrew Sheppard as he stirs his cup of coffee amid the teaming hordes of the 2015 edition.

"But mobile market competitveness is only going up, more than in console and PC, thanks to the incredibly short hardware cycles."

It's a speed that's forcing developers to accelerate their activity to keep up with the next product cycle, which is part of the reason that Sheppard is becoming frustrated about 'static industry' conversations.

"We're seeing idealogical debates about business models, and a unanimous agreement that talent drives success, but then all our talent is distributed and no one pulls together teams that allows that talent to be successful."

Sheppard himself joined GREE seven months ago from Kabam, and believes that the industry is still too caught up in arguing whether the F2P business model makes sense, and less on whether things like gameplay are well-crafted.

"I think the market is going to get harder for everyone," he says.

"If you look at history to predict the future to come, at each generation of console and PC  the industry started incredibly fragmented. Then suddenly you had market saturation and you had developers who weren't able to fund next cycle development."

Tim Merel warned a GDC 2015 panel that mid-tier companies are going to start being squeezed out between rich corporations and nimble indies, and Sheppard agrees that change is coming to the industry.

"If you're below surf with the tide rising it's going to be really choppy. You're going to have to be on the rocks. You need to get smart or lucky - ideally both."

But that big change is not necessarilly news. Indeed, Sheppard's frustration is that the industry knows change is coming, yet it's getting caught up in focussing on "things that don't matter.

There needs to be more conversations about what devs are doing with their talent.

There needs to be more conversations about what devs are doing with their talent.

"At GREE we want to build the best people in San Francisco, bring more into the fold, actively invest in our teams and make them the best in the world," he says.

"Right now - and you see it at GDC - there's a lot of talent out there, but it's incredibly distributed across companies. How can that talent truly make a difference if it's diluted?"

Sheppard calls for a change in dialogue from the idealogy of F2P to ensuring that the industry's developers understand the market they're working in so great gameplay and innovation remain the focus.

"My fear is that we end up like the music industry," he says, "resisting digital distribution, unable to accept change."

It's time for mobile to scale up with conviction, says GREE's Andrew Sheppard