"If you've already done six impossible things this morning, why not try making a F2P game?" 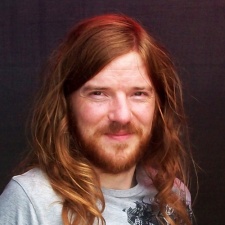 “I don’t know where to start,” says Dan Griffiths, founder and one half of indie mobile development outfit Monster and Monster.

He’s trying to put into words the most common mistakes and misunderstandings surrounding free-to-play in mobile, but it’s like cutting heads off a hydra.

“There seems to be misconceptions all over,” he notes, “from players, publishers, mainstream press, other developers.

"I think it’s because it’s a new business model and changing so fast, what you understand today might be a misconception tomorrow!”

Despite the fickle nature of this rapid evolution, Griffiths believes that there is one widely – and wrongly – held assumption: that the majority of mobile gamers “begrudgingly” accept F2P.

“Instead, at the various ComicCons, careers fairs, expos etc. we’ve been to, that the actual audience for our games is very happy with F2P. They seemed excited that we’d decided on F2P for our latest game, Deep Loot,” he says.

You can read our Making of Deep Loot here.

Griffiths is set to share the reasons behind this decision at the F2P: Summit in London’s Shoreditch this week, delving into Monster and Monster’s experiences self-publishing an indie F2P title on mobile.

But how difficult is it for indie developers to walk down that particular path?

“It’s not a challenge to be taken lightly, that’s for sure!” Griffiths laughs.

“Even when you're still in the design phase you need to be thinking about why a player might want to voluntarily give you money for something that is essentially free.

If you've already done six impossible things this morning, why not try making a F2P game!?

“Not only that, but the free experience needs to be really, really good and yet somehow even better if the player pays. That's difficult enough, but then to succeed in F2P you need many more installs in order to break even on your costs – a couple of hundred thousand premium sales would be a success but in F2P you're going to need millions of installs!

“If you've already done six impossible things this morning, why not try making a F2P game!?”

It’s a big task, and to make up for all your hard work it could be tempting to make a game that rugby tackles your player to the ground with a big empty sack of dollars shoved under their nose.

“One of the things we've learned is that your user interface is key to getting conversions. Subtle, soft sell techniques and being clear about your sales propositions encourages players to buy.

"It also helps if the shopping experience is fun in itself and that players feel good about their purchases.”

He also advises developers to not underestimate the need for PR and advertising in F2P, as well as understanding that monetisation and game design have to absolutely work together – but there are other issues we’re ignoring too.

“I think it's fair to say there are a lot of ethical concerns, “Griffiths says. “For example as an industry we're creating a product that has no upper limit on what players can pay in order to enjoy your game.

“Also, there's the concept of whales [individuals that spend exorbitant amounts on F2P games] and some publishers use high price purchases to exploit them.

“To us, this use of gambling industry techniques is questionable to say the least. I definitely think there's room for discussion about how much money our games should be taking from individual players.”

In the meantime, get yourself down to RichMix in Shoreditch this Thursday to hear Griffiths share more of his insights as part of the F2P Summit.