AppLift CEO Tim Koschella on the rise of native ads, the holistic use of data, and new investment PubNative 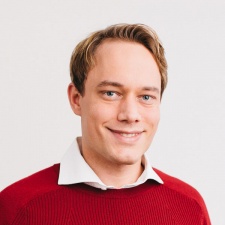 Berlin-based adtech company AppLift has been one of the sector's success stories.

Over the past two years, it's converted over $20 million of VC investment into a thriving company, that's expanding beyond the typical European-West Coast nexus.

Most recently, AppLift strengthened its APAC presences with office openings in Tokyo, Beijing and Delhi.

So, to find out more about its growth, and deeper trends in the UA market, we turned to Tim Koschella, who as well as being the company's founding CEO is also a co-founder of HitFox, the ideas accelerator that AppLift launched from.

Pocket Gamer: Can you tell us a bit about yourself? How did you get into the industry?

Tim Koschella: I was an early computer user already at the beginning of 90s when I was a child and my dad allowed me to play games on his business laptop (MicroPose's Grand Prix was one of the first games I played).

But I never got too deeply into the technical side of computers so after high school I decided to study business & economics, just to realize a few years later that a traditional corporate job wouldn't be the right fit for me.

Thus, in the last semester of my studies, I started my own company together with a friend on the side. It is a video eLearning startup (Lecturio) which we grew to profitability within 2.5 years after raising a mid six-digit seed investment from a few business angels and a local VC.

However, since Lecturio was based out of Leipzig (a mid-size German university town) and I always had a strong wish to work in an international, cosmopolitan city, I decided to hand over all operational tasks to my co-founder and moved to Berlin, where Jan, Hanno and myself soon founded HitFox together.

We built up an amazing platform for entrepreneurship where talent, ideas, capital and great work culture all come together to facilitate the creation of innovative companies.

AppLift is one of the first companies that originated from HitFox, built on two starting pillars.

Although AppLift has now already evolved beyond games to the broader app distribution market, we still feel strongly tied to our roots in the games industry.

The technology is there to make native inventory really scalable, including connecting it to programmatic demand and RTB.

We're almost a quarter of the way into 2015, so what are the key trends that you're currently seeing?

One of the big trends on the supply side in adtech is native advertising.

We really believe that the future of advertising on mobile lies in native, as it is the only way of monetizing a mobile space while preserving a seamless user experience. Today, the technology is there to make native inventory really scalable, including connecting it to programmatic demand and RTB.

We've been seeing this trend for some time now, which also led us to invest in native mobile supply side platform PubNative in July 2014.

On the demand side, where AppLift focuses, the main trend is the increasing role of first-party data for advertising purposes. Advertisers are starting to understand that they are sitting on a data mine which they could put to good use for better campaign targeting, retargeting/re-engagement, and more generally to increase the lifetime value of both their acquired and existing users.

There are a lot of buzzwords in the mobile marketing space at the moment - re-targeting, programmatic buying, predictive LTV... Which do you think are the most important?

I don't think there's much sense in holding a buzzword contest! :)

All these concepts and technologies participate in the same realization that an effective mobile strategy needs to take the whole funnel and the whole user lifecycle into account, and that all the various pieces (acquisition, monetization, retention, engagement, virality) need to be considered together.

I think 2015 is the year when mobile marketers are going to not only lay all the pieces of the puzzle together, but also make them work together in order to improve all mobile KPIs.

There's a lot of talk of talk about big data and billions of data points, but how can you and your clients be sure that big data is good data?

Big data has become paramount for effective and efficient advertising, but as such it's useless unless leveraged properly. It's paramount to understand how to use data-learning algorithms to distinguish the noise from the signal, and turn the massive amount of data collected into actionable insights.

We recently launched DataLift, our unified media-buying platform that automates buys based on our proprietary optimization algorithm. Among other data sources, DataLift leverages first-party data from advertisers (such as information about user behaviour and LTV events) to make smarter media buys and acquire good, paying users.

We expect first-party data to take on an increasingly important role in improving the performance of mobile marketing in general, be it for in-app customer relationship management, for advertising and targeting purposes, or for re-engagement campaigns.

With DataLift, we typically see an immediate and clear improvement of campaign performance metrics after integrating first-party data from our advertisers. Obviously, we take extreme precaution with the data in line with all current regulations on the matter.

Do you expect any more issues with personal privacy and potential governmental or platform holder moves to tightened legal controls?

As the need for data-driven advertising increases, so does the obligation to protect user data.

In the near future we expect both more stringent laws and regulations over user data privacy from governments, and heightened expectations in that matter from advertisers, publishers and users. This will likely lead all players in the ecosystem (platforms, adtech/martech companies, etc.) to follow in those footsteps.

At AppLift, we don't see this as an issue at all, but rather as an opportunity for our industry to become more transparent and cautious with user data. In the long run, it will benefit everyone involved.

AppLift is headquartered in Berlin, and Germany has the world's most stringent privacy laws. We have already taken steps to fully comply with the German regulations all across our offices and we make sure to always stay up to date with the latest developments in this area, if not stay ahead of them.

We have also implemented the general principles of "privacy by design" into the development of our advertising technology stack.

AppLift now has offices in Berlin, San Francisco and Seoul, so what locations are you considering next?

The mobile app opportunity is global, and we have since our launch made sure to invest the necessary resources globally in order to leverage the growth opportunity. In many developing countries such as India or Indonesia, a majority of people access internet for the first time through a mobile device, and for this reason we are increasingly focused on these "mobile-first" countries.

We recently announced the launch of three new offices in the Asia-Pacific region: Tokyo, Beijing and Delhi. We are also considering continuing the office expansion worldwide to accompany the company's growth, and will most likely be announcing further offices on other continents by the end of the year.

As you mentioned, AppLift recently invested in a PubNative, which is a spin-out from your employees. What was the thinking behind this investment? Why wasn't it something you felt could be handled with AppLift?

Native advertising is one of the main trends to shake up mobile currently. Early on, we detected an opportunity to build a mobile publisher platform focused on serving flexible and scalable native ads through an API.

All other solutions on the supply side were either not fully focused on native, or offered non-flexible SDK integrations locking in publishers.

The decision to invest into a new company rather than trying to build this technology within AppLift was driven by two factors:

We believe in transparent decision making. AppLift is dedicated to advertisers' needs and we do our very best to achieve their goals. PubNative in contrast aims to maximize yield for publishers, and doing so often requires to be open to work with every demand partner in the industry, including close competitors of AppLift.

Today PubNative has close to 20 employees across three global offices, 130 publishers and the first supply-side platform to auction programmatic (including RTB) demand to genuinely native inventory.

The story of PubNative is also a great example of the steep career track offered at AppLift: Ionut Ciobotaru joined the company in 2012 as a Product Manager, was quickly promoted to Head of Product and from the origination of his idea went to become co-founder and Managing Director of PubNative in July 2014.

Well, I'd say one of the biggest challenges is that there is so much I'd like to do both personally and professionally but a day has only 24 hours and a week only 7 days ;)

Since I am really passionate about the adtech, mobile and games industry and I love my job, this often leads me to put too little focus on personal things in my life. I love traveling to exciting places and countries to learn and experience how other people and cultures live.

I've been to roughly 35 countries in my life but these days I can hardly take off more than 2-3 weeks per year for travels. Also, I hate when I forget a good friends or family member's birthday just because I wanted to "just finish another thing" at work.

But I guess those are all typical first world problems.