Tango's Jim Ying on the next big thing 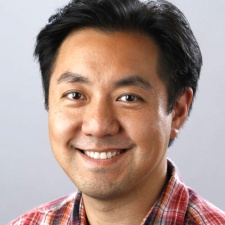 Lots of people have lots of opinions about Apple Watch.

Someone with a professional interest, but not yet a direct one, is Jim Ying, VP of Game Publishing at mobile social network Tango.

Previously with companies ranging from Real Networks to 6waves and GREE, Ying is generally positive about the impact that Apple Watch can have on the gaming market, although also pointing out areas of concern.

Pocket Gamer: Considering Android Wear has been a total failure, why should we have any confidence that post-launch-hype Apple Watch will be anything different?

Jim Ying: With the launch of any platform that's dependent on thirdparty developers for success, the perception of whether the platform will achieve widespread adoption is critical.

Similar to the console gaming platforms, if a thirdparty developer doesn't think a platform will be successful or they are unsure of its adoption rate, they'll just sit on the sidelines until adoption rates are sufficient.

It then becomes a self-fulfilling prophecy where developers hold off on developing for a platform because they are unsure of its success, which then in turn decreases the platform's likelihood of success because there isn't enough content.

Games as a category has always been on the forefront of tapping into the potential of new platforms.

With Android Wear, I believe developers didn't have enough faith that adoption would occur in a short enough timeframe where they had to prioritize development for the platform. Given the multiple Android watch variants, any adoption would be spread across different manufacturers with differing specs.

With Apple, we know that they have a very passionate fan base which may lead to quicker adoption rates. There's greater confidence that it will succeed where the Android wearables have not.

And while there are many different models, the differences are largely cosmetic and there's a consistent platform for developers to build on. For those reasons, you'll see more developers that are more interested in developing games and features for the Apple Watch.

Apple isn't pushing its watch as a gaming device at all, so why do you think gaming will be an important activity?

Neither Apple, Facebook, Windows, nor any of the other big tech companies ever pushed their products to be gaming platforms right from launch, but ultimately, developers saw the opportunity there and jumped in with games.

Whether it's because game developers like to experiment with new platforms and interfaces, consumers like playing games, or the proven revenue potential of games on various platforms, games as a category has always been on the forefront of tapping into the potential of new platforms.

It won't be any different on this new platform.

Given the price point, isn't it likely that Apple Watch will be a status device that isn't well integrated into the wider iOS ecosystem, at least for the first couple of years?

That's definitely a valid concern. Phones are communication devices that in this day in age are pretty hard to avoid. From the consumers' perspective, if they need to get a phone anyways, why not pay a little more for a better model smartphone.

Watches, on the other hand, aren't a critical piece of everyday life, largely because everyone carries a phone which also happens to tell time.

In addition, generally when you a buy a smartphone in the US, the price is subsidized by the carrier. That accelerated the adoption rate of smartphones.

But with the Watch, you are paying for it all upfront. That will certainly have an impact on adoption rates.

Given the limited onboard processing, it's clear that most developers consider Apple Watch to be limited to a companion role to iPhone gaming. So in this context, do you think Apple Watch can have a significant impact as a retention/engagement multiplier to have any impact with generating additional revenue?

Yes. When games are calculating out revenue, LifeTime user Value (LTV) is one of the most important benchmarks.

Given that retention/engagement is one of the building block metrics for LTV, anything that has the opportunity to increase that metric, such as increased notifications or engagement opportunities via a watch form-factor, will lead to higher LTVs.

Do you think advertising is a viable option for Apple Watch? Surely that goes completely against Apple's marketing plans for the device?

Developers are interested in putting ads on the Watch because any time there are eyeballs and users, companies try to translate that to revenue.

How Apple allows or regulates that remains to be seen.

What opportunities do you think Apple Watch unlocks for a social platform like Tango?

At this time, I can't comment on if Tango specifically will be made for the Watch, but there's definitely opportunity for the Watch to unlock opportunities for social platforms.

Ovum suggests Alibaba could make a $1.5+ billion move for Tango