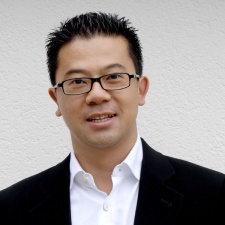 Dutch web and mobile game publisher Spil Games is on a drive to bring together developers and players.

That's why it's launched its Unsung Heroes initiative.

Over the next couple of months, it's looking to find the best games so it can encourage its audience to try them.

To find out more, we spoke to the company's new CEO Tung Nguyen-Khac.

PocketGamer.biz: You've only recently joined Spil Games as CEO, so why did you decide to join the company?

Tung Nguyen-Khac: It's a great company and a tremendous opportunity, especially with the powerful base of 130 monthly million users, from both desktop and mobile web.

I am impressed with the team and their focus on being the game publisher of choice, enabling game developers to reach massive global audiences across multiple platforms and devices.

What are your short-term and long-term goals?

Obviously, we want to be the number one choice both for developers as a publisher of third-party games, and as a destination for mobile game players.

Every year, developers build great games that disappear into the black hole of the app stores.

We have an incredible history in publishing, a loyal audience base and expertise in multi-platform content delivery, so I think we can achieve the first of these aims within the year.

But our immediate goal is about networking with players and developers to find ways of getting the best games in front of a wider audience.

Your Unsung Heroes initiative is the big move for 2015. Can you explain the thinking behind it?

Every year, developers build great games that disappear into the black hole of the app stores. In that crowded market, even smoking games struggle to survive. With our Unsung Heroes initiative, we want to give some of those games more attention.

In the first phase of Unsung Heroes we heard from game developers about how tough it is to get an audience in the app stores. Now we want to begin to do something about that.

We want developers to let us know about the games they think merit a larger audience, to tell us their stories and to convince us that the games deserve to be given a chance.

For the best game, we'll be awarding a publishing contract worth the equivalent of $50,000.

Why is this important for Spil in terms of business development?

Our aim is to be the publisher of choice for developers. To achieve that, we're constantly looking for new ways to build relationships with game developers so that we can find the very best games and give them the impetus they deserve.

But Unsung Heroes is more than that. When you're building games for mobile, you quickly discover the market is seriously tough.

We want to address some of those issues for everyone (whether they end up publishing with Spil Games, or not).

Because if we can get more people to play a broader range of great games, then everyone wins: the players, the developers and, yes, the publisher too.

It's interesting that you're marketing it as not only a discovery mechanism for mobile games but also a way of encouraging gamers to expand their tastes. How do you expect to accomplish this?

Spil Games' greatest strength has always been in marketing games to consumers. It's the foundation of our business, really. With Unsung Heroes, we'll be using many of the same techniques to promote this idea that awesome games are being missed.

If we can get more people to play a broader range of great games, then everyone wins.

With the competition, we'll be letting players know about these games through a range of channels including our own web presences, social media and with PocketGamer.co.uk.

Your readers will get to vote for the competition winner, but they will also be finding out about some fantastic new games in the process.

What advice would you have for developers entering the competition?

You've much to gain by getting involved in the Unsung Heroes competition. The app stores are a tough market, so you need to take every opportunity to get your games noticed.

Tell us about your greatest games and we'll help you tell the world.

Be smart, funny, passionate and concise and if you get us as excited as you are, then everyone wins.

Entries for submissions to Unsung Heroes are now open. You can find out all the details via its website.