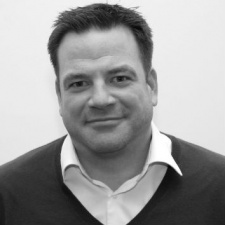 Late to the party, certainly, but the move was entirely deliberate according to publishing director mobile Marcus Behrens.

Joining the company in January, Behrens been charged with setting up the new division that is putting premium at the core of its strategy.

“I would argue that launching as a paid app is still one of the most straightforward and safest ways to enter the App Store,” he tells PocketGamer.biz.

“The business model is quite simple and forecasting is much easier. Finding the right price point is paramount.

"People are also learning that ‘free’ most of the time means that there will be in-game costs that may sometimes actually get quite expensive. So people are becoming more willing to pay €5 for a game.”

And despite Kalypso's delay, its timing appears to be spot on.

Apple has recently demonstrated its strong desire is to push paid games, and with free-to-play games coming under increasing legal scrutiny, Behrens believes the premium market is altogether less complicated.

“I’ve had lots of conversatons with Apple, and premium is still not dead,” he says.

“There’s more traditional marketing you can do around it.”

With over nine years’ experience as a publisher, Behrens believes that Kalypso is well-positioned to make a mark in the premium market.

“We have a solid background and expertise working with developers around the globe," he states.

"The production cycle has a lot of similarities compared to PC and Kalypso has also proven to be very smart when it comes to marketing PC and digital products, which eventually helps with marketing and promoting premium apps.”

We were preparing to enter the mobile space and wanted to have a strategy in place.

For now, that means that Kalypso is looking to bring existing PC and console titles to market as well as new and original concepts.

“We’ll only be making a few products – around four or five a year - and then we want to grow our team. For next year we want to release five games.”

But just why did Kalypso wait so long to enter the mobile space?

“I would phrase it differently,” Behrens gently counters.

“We were preparing to enter the mobile space and wanted to have a strategy in place for how to build our mobile portfolio before we entered the market, not after.

"We are planning to gradually grow our business finding the right mix between publishing external titles and bringing our own IPs to the mobile space.”