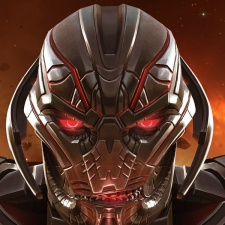 2015 is a big year for F2P developer and publisher Kabam.

In 2014, it performed a major and painful restructure to set itself up to make the most of the growing global market; something it currently seems to be fulfilling.

Leading that charge is Marvel Contest of Champions, a game which has generated over 31 million downloads across iOS and Android, and that's even before it's released in China.

It's just received its second major update - something that supports new Disney/Marvel movie Avengers: Age of Ultron, including an exclusive movie trailer.

We caught up Kabam Canada's VP and GM Tim Fields and head of corporate development, licensing & publishing Chris Petrovic to find out more about the new content and the media tie-up.

PocketGamer.biz: With over 30 millions downloads to-date, do you still feel like you're in the launch phase for Marvel Contest of Champions or is the focus now more about retaining the players you already have?

Tim Fields: We feel like we're still just getting started! Marvel is such a deep universe with so many characters to explore.

Every day we come in to the office and ask ourselves what we can do to make things better for the players who are already enjoying the game, and what we can do for Marvel fans who haven't yet started building their team.

What's the breakdown like between iOS and Android players and do you see much difference in terms of playtime/monetisation?

There are definitely some differences between the two platforms. There are literally thousands of Android devices, many with quite subtle differences, and a few new ones are added each day.

This update is the result of more than 8 months of work.

We made a choice with Marvel to allow players to play it on as many devices as possible; sometimes this means that some devices (many of which we've never actually even heard of!) don't play as well as others.

Inevitably, there are small bugs or performance issues on some of the more rare devices. So while we have MORE Android players than iOS players, their stats are all over the map.

In terms of the Ultron update, how long does it take to plan and execute this?

From the first teaser trailer we ever saw of Ultron we've been working on the Ultron update.

All in, I'd say this update is the result of more than 8 months of work, but we've really been focused exclusively on it since the initial release of Alliances in 2.0.

This toybox is full of new toys! There are new characters (many from the movie!) and quite a few new game features that change the way you and your Alliance can play.

Of course, since Ultron has basically taken over the Contest, the Collector isn't happy, and he has granted summoners quite a few new game-changing abilities in order to fight off Ultron and his drones. This is by far the biggest update yet!

How complex is the licensing in terms of having an exclusive movie clip integrated into the game?

Chris Petrovic: The fact that we are able to provide our 30+ million customers with access to an exclusive movie clip is a testament not only to the great partnership we have with Marvel but also to the fact that mobile games continue to grow in importance as a way to effectively reach and engage with a global audience of impassioned fans.

How do you build enduring value and engagement into the process of including a movie clip into a game-as-a-service?

There is always something new and exciting happening in the Marvel universe, and that is reflected in Marvel Contest of Champions.

Working with a game-as-a-service model allows us to bring events from throughout the Marvel universe to our fans, so every day there is something new when they come to the game.

An event like this exclusive film clip is a unique reward for our fans, and allows us to connect the game they love with the bigger Marvel story.

30 million downloads strong, but how well does Marvel: Contest of Champions monetise?