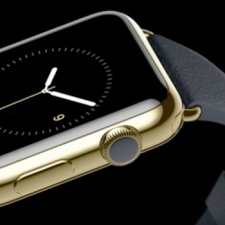 A week after Apple set its smartwatch muscling on to the world stage, the ripples have still not settled.

CEO Tim Cook confidently claimed in an earnings call that there are currently over 3,500 Apple Watch apps available now, and we reckon a hefty 10 percent of them are games.

In a saturated smartphone market where the top 10 charts are locked in stasis, the Apple Watch store has given a rare opportunity for early adopting developers to stake their claim before a new wave of apps comes storming in.

But what is the reaction so far from those who’ve taken the plunge early and release a launch game for Apple Watch.

William Volk of PlayScreen is a veteran of the industry, who used his understanding of developing for the early Nokia Series 30 small screens in creating Blackjack Anywhere for the Apple Watch.

“The reception to our game, with its crafted UI elements, has been overwhelmingly positive,” he says.

“While others choose to just scale down their iPhone graphics, we (with our experiences on small screen phones of the past) knew we had to take the step of building an entire set of elements for the watches.”

However, Volk admits that there’s been a few teething problems with the Apple Watch companion app “only showing a few apps".

He says "Apple is aware that browsing the categories isn’t working yet, and they are working on it.”

Aki Järvilehto, the CEO of Everywear Games and developer of Watch fantasy role-playing game Runeblade, says that now is the time for developers to strike in to the market.

This is the time to craft those definite smartwatch gaming experiences that will be the leading franchises in the coming years.

“Apple Watch is such a different new platform,” he says. “I’m sure you’ve seen us reference to it as ‘the gaming platform of 2015’ and we’re thrilled to be there from the very beginning.

"This is the time to craft those definite smartwatch gaming experiences that will be the leading franchises in the coming years.”

Likewise, Best Fiends creator Seriously was “very excited” to be one of the first developers pushing content on to the Apple Watch.

Giving another opinion, Patrick Walker, an analyst at research firm EEDAR recently told GamesBeat that the Apple Watch could follow in the iPhone’s footsteps and evolve from a utility focus to gaming.

“History has shown that there are typically unforeseen ways in which consumers engage with new Apple technology, and new ways of interacting with the technology create new gaming possibilities,” he said.

“Breakout success of gaming on the Apple Watch will depend on integrating games into these new ways of interacting with wearable technology.”

The excitement of Seriously, Everywear Games, PlayScreen and others is not just for a new market, but because this is a new way to game.

The Apple Watch’s flame has only just risen from the kindling, and for it to catch it needs good experiences crafted by talented teams that can prove it’s a worthy platform.