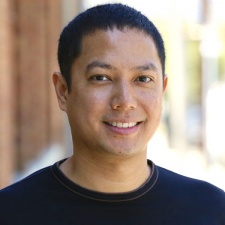 Following from the news that it had raised $4.9 million in its seed round, we hit up Mobcrush CEO Royce Disini to find out more about his plans for the pure-play mobile gaming live streaming service.

Subjects covered included competition with Twitch, the difference in being just mobile and the value of eSports in terms of business leverage.

PocketGamer.biz: Given the marketshare of Twitch in the game streaming market, how do you expect to compete, both in terms of developer and consumer mindshare?

Royce Disini: We focus on serving the mobile gaming community.

Twitch has predominantly a core PC/desktop community, and being a mobile DNA team that's building a mobile-first platform for the mobile game community is our differentiator.

Is there anything fundamentally different when it comes to streaming mobile games as opposed to PC or console?

The key difference is that you don't need a PC or console, and can stream natively from the mobile device with Mobcrush.

What's the technical process required for developers who want to support Mobcrush in either existing or future games?

One of our key value propositions for developers is that it's a zero line of code integration - i.e. it's a library include that's roughly a 1MB file size footprint that a junior developer can add in less than 10 minutes.

Obviously live streaming is a hot topic at the moment, but what's the business model for Mobcrush? Organic revenue or a trade sale like Twitch?

The obvious business model for Mobcrush is video advertising given that it's a video media format.

We thought about this deeply and what's unique about mobile, and we think there's room to innovate in mobile micro-transactions.

More generally, what do you is the demand and potential reach for eSports for mobile games?

We think eSports for mobile games is a potential growth market.

We made history 2 months ago by running the first ever Hearthstone tournament played in and live streamed directly from mobile devices with our partner AVGL in Boston.

The gaming community there loved it so much that we're being invited to come back and do a larger tournament. We plan to do more of these at a larger scale.

Mobcrush is currently in beta for iOS and Android. You can find out more here.

Updated: To be an eSport, you have to design a game for spectators as well as players, says Mobcrush