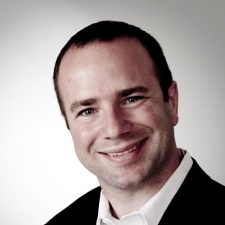 There are lots of sayings about money.

"There's no such thing as a free lunch," other skeptics might warn.

US ad tech outfit NativeX begs to different, however, at least when it comes to its current drive for market share.

Called King of the Mountain, it's an ambitious campaign that offers eligible developers a fixed CPM rate 20 percent higher than their current top ad provider.

That seems like free cash to us, so we decided to check NativeX's CEO Robert Weber's sanity with the following questions.

PocketGamer.biz: Offering 20% on top of a dev's current top ad provider is a pretty ballsy move. Why have you taken this approach and how can you afford it?

Robert Weber: One of my favorite sayings as a young teen growing up playing poker with my buddies was "No balls, no blue chips!" We are confident we have a winning hand and are playing for blue chips.

Since launching our Lightning Play Video Ads in September with dozens of top game developers, we are consistently seeing higher performance than other top ad providers - so we are not concerned that we won't be able to afford it.

We are a much more technology-driven company than the majority of other ad providers with our ratio of engineers versus sales/ops being about 1-to-1.

We have the leading ad selection technology built out by our chief scientist Dr. James Shanahan team's efforts that decides which ad should be shown to each game player. And we are confident in the success rates of our expertly designed ad formats. So we know we have both the innovation and robust solutions that deliver results.

Does this move demonstrate how hard it now is to get developers to integrate a new SDK, especially given the rise of mediation solutions?

We know developers get inundated with offers all the time with high CPM guarantees with fine print that ultimately erodes the value of these offers.

We are a much more technology-driven company than the majority of other ad providers.

We want our offer to be simple and compelling, so top game developers can immediately see the ROI.

But we really feel that once they integrate our powerful, lightweight SDK, they will see that NativeX can consistently deliver what they need for long-term success and not just for the length of a promotion.

More generally, video ads have been strongly driving growth for the past 12 months. How long do you think this growth can continue and do you see an issue in terms of a strong decline in fillrate anytime soon?

This is just the beginning of video ad growth in-app. Brand advertisers are increasingly accessing in-app inventory via programmatic buys, allowing them to get the scale and targeting they desire.

Real-time Bidding was just a buzz word a couple of years ago and now enormous volumes of video inventory are being sold told brands through Demand Side Platforms.

Performance-based advertisers are shifting more and more of their ad spend to video as they see the highest quality users coming from video.

You can find out more about NativeX's King of the Mountains offer here.