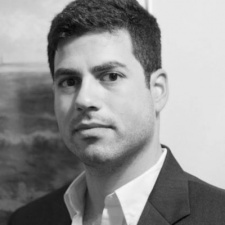 Ari Sapriel is marketing manager at Austin, Texas mobile MMOG developer Spacetime Studios, and will be talking on the subject of Offbeat UA Strategies at 12:45 on 8 July 2015.

PocketGamer.biz: What do you think has be the biggest story in the mobile gaming industry of 2015 so far?

Ari Sapriel: I think one of the biggest story in 2015 happened in the beginning of the year, with Newzoo forecasting that mobile game revenue will eclipse console for the first time in 2015.

The gaming market has been shifting toward mobile for quite some time and we're seeing its impact now.

It's extremely important to have a global perspective in gaming and good understanding of where there's an opportunity to grow your player base.

Spacetime Studios is carefully approaching the sector and last year we announced a publishing agreement with Golden Gate Games (G3) to bring our MMO, Arcane Legends, to the Chinese market.

Rather than attempting to retrofit a game for the Asian market on your own, I think it's beneficial to partner with a company that already has the knowledge, experience, and product development skills to make changes that both maintains the game's quality and addresses the uniqueness of the region.

Leveraging brands and celebrities in marketing is not a new phenomenon. The only significant change in the last decade is that the medium potential customers use to consume celebrity information has transformed.

I'll provide offbeat ideas on how to engage and acquire players without going through traditional user acquisition channels.

We've seen an explosion in YouTube and live streaming celebrities that specialize in highlighting different game genres. It sounds cliché, but some kids these days would rather get information from a YouTube personality than a talk show host.

As marketers, it's our job to identify these shifts in media consumption and create plans accordingly.

Wearables are a cool and beneficial accessory, but I'm most excited for augmented reality. The ability to manipulate virtual items in a real life setting is incredible and Microsoft's HoloLens seems close to achieving that goal.

As a marketer, I think augmented reality is a treasure trove. Imagine being able to seamlessly integrate a banner advertisement or video message within a person's natural surroundings.

I also think augmented reality has a lot of potential as a gaming platform. I could see myself playing an immersive strategy game like Starcraft across the floor of my living room with units controlled by AI grappling up my ottoman.

I'm pretty thrilled to see where this technology goes.

Across all platforms, Mortal Kombat X has been my favorite game of 2015. It's a fun button masher and the new fatalities are very brutal.

For mobile games, I recently downloaded Empires & Allies. Currently, some of my favorite genres of mobile games include: build & battle, RTS, MOBAs, and puzzles games.

I'll also provide offbeat ideas on how to engage and acquire players without going through traditional user acquisition channels.

I'm probably going to try to catch sessions across all the tracks and I look forward to learning from my peers in the industry.

Seriously on giving influencers the creative freedom to promote your game