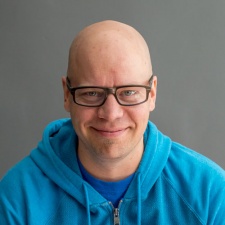 There are bad - Flappy Bird - and there are good - Crossy Road - examples of how to integrate advertising within mobile games.

Inbetween these extremes, however, all mobile game developers now have to seriously consider their views on a monetisation channel that a year ago most just ignored.

It's not only the rise of incent video ads that have driven this re-evaluation either.

Long promised, brand advertising is also now starting to trickle though, while on the IAP side of monetisation, many developers have come to the conclusion that the model, which relies on expensive user acquisition to filter a small amount of payers, is not longterm sustainable for them.

Of course, it's hard for existing studios with existing games to retrofit new thinking into their business.

This is where start-up Futureplay has an advantage.

Being a Helsinki start-up, Futureplay has another great advantage.

During his time at Angry Birds company Rovio, its CEO Jami Laes has seen how in-game advertising can work very successfully.

"Ad revenues are growing much faster than IAP," Laes points out.

"You need a wider audience, a broader funnel. We're looking at casual games," he points out, concerning the different approach taking this option requires.

"We're not expecting our games to be fuelled purely by ads," he cautions.

For the vast majority of game developers, advertising is an after-thought.

"We'll have a balance between ads and IAPs, depending on the game and genre, but being ad-focused will allow us to be more generous."

Although Laes won't reveal details about Futureplay's first games - there are two in development for release in the fall - he says they will be on the arcade end of the spectrum.

"Some games are more suitable for ads," he says, although adding that what's most important is that Futureplay will take ads seriously, particularly in terms of how they fit into a gaming session, as well as making them fun.

He labels them "view-to-play" as opposed to free-to-play.

"There are some good ad integration, but for the vast majority of game developers, advertising is an after-thought," Laes argues.

For example, he says too many games use advertising in 'negative moments'; when players have experienced a failure condition.

Yet, perhaps the biggest change that occurred in terms of the recent perception of in-game ads isn't from advertisers, networks or developers.

It's from the players.

"When ads are properly integrated into a game, players will complain if you turn the ads off," Laes points out.

"They now consider advertising to be their money."

Jami Laes on the $100 billion future of mobile advertising