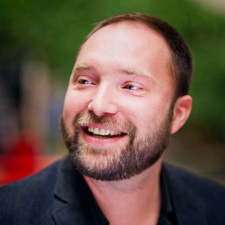 It's hard being a spokesperson for a company that's floated on a stock exchange.

It's even harder if that company that's loss-making and has just experienced another big restructuring.

Maybe that's why the usually jovial Torsten Reil, who is CEO of UK developer NaturalMotion, which was acquired by Zynga in early 2014, was rather light-lipped when we asked him some post-E3  email questions.

Still, we thought there was enough information contained - in the questions, if not the answers - to run the article.

PocketGamer.biz: [According to its App Store description,] Dawn of Titans is only compatible with iPhone 5 and later, iPad Mini 2 and later, and 4th generation iPad and later. That's potentially reducing your audience by quite a bit - but obviously Dawn of Titans is a high-spec game.

Is that why you had to limit your compatibility? Did you worry about alienating other players?

Torsten Reil: The team is working to produce a game that will also play on lower end devices so that fans of the genre and of the Dawn of Titans experience will be able to play.

The mix of soft launch countries from Vietnam, UAE, Saudi Arabia and Singapore is really interesting. Did you learn anything from the selection? Why did you decide to go with those countries?

These are the geos [geographies] we have previously conducted soft launches in, mainly for the controlled, smaller sample size.

Because we have used these geos in the past, it gives us a good model to test against.

How is NaturalMotion trying to engage with China, Japan, Korea, especially as Zynga has shut down most of its Asian operations over the past couple of years?

While we don't discuss the specifics of our marketing strategies, we know that there are many fans of both the Action Strategy and Racing genres in Asia and we hope they will enjoy our games.

We are excited to continue to redefine what consumers expect from a mobile game.

CSR Racing has been running for 2 years now. Is revenue still steady? How do you keep expert players while still appealing to newbies?

Do you have any plans to move into VR in the near future?

While the VR space is interesting and certainly generating a lot of conversation, we are focused on creating the highest quality experiences on mobile, including the forthcoming Dawn of Titans.

E3 has been the biggest year for mobile so far so do you think the divide between hardcore console and PC games and so-called casual mobile gaming is beginning to drop?

We believe there is tremendous opportunity for crossover between mobile games and more traditional console players.

With Dawn of Titans, we believe we are creating immersive gameplay and a high level of visual fidelity that will appeal to both mobile and console enthusiasts.

We are excited to continue to redefine what consumers expect from a mobile game.