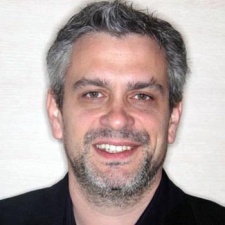 Given his career - ranging back to the days of Ultima at EA Origin, through to the $500 million acquisition of early iPhone developer ngmoco in 2010 - it perhaps wasn't a surprise that Neil Young couldn't stay away from games.

"The first 6 months were great," he says.

"You stop decoding games and actually get enjoyment from playing them, But then you realise games is what I do."

To be fair, part of his exclusion was legal; he won't go into details, but it appears that having left the role of CEO of DeNA West in late 2012, he was operating under a non-compete clause, at least when he set up San Francisco studio N3TWORK.

It released an app in the social video space in 2014, receiving an Apple Design award. But early in 2015, N3TWORK transformed into what anyone who knows Young likely expected all along.

"Games are at the intersection of art and technology," he enthuses.

"They are always moving forward. There are always deadlines and challenges. And I think there's a tremendous opportunity"

Are you peaking yet?

We're talking just after Young's given the opening keynote of the Evolve day at Develop:Brighton 2015.

It was a bullish address, with Young claiming that fair from being a mature or nearing 'Peak Mobile', the market has the ability to grow 10-fold.

We will generate bigger business from higher levels of engagement.

He also talks about the inevitability of the $10 billion mobile game.

"Japan was the first country to get mobile games, but when Puzzle & Dragons was the first billion dollar game, everyone said, 'There won't be another one'.

"But now we have Monster Strike."

And it's Japan which is the foundation of Young's argument. Despite its relative small population, compared to the likes of China or the US, at around $5 billion annually, it's the most lucrative mobile games market in the world.

It is also the only market Young claims has reached 'Peak Mobile'.

"It's in a licensing marketing phase," he says, arguing that publishers in the west who have already switched to this model (Kabam and Glu spring to mind although Young doesn't mention any companies specifically), are peaking too soon.

Instead, Young says there's no reason that the very high levels of revenue per player generated in Japan can't be replicated in the west.

All it needs is developers to up their game; literally by improving their games' engagement and monetisation.

He's not a fan of aping other sectors of the industry, though.

"Focusing on more powerful devices is a red herring," he says.

"Your game has too be high quality, but I think there's an inverse correlation between 'console-quality' mobile games and success."

Again, he turns to Japan for the answer.

It's not about creating gates that force players to spend but creating the right environment and opportunities that players will enjoy spending money in your game, Young says.

In Japan, this happens with techniques such as Gacha (randomised rewards), which are combined with a Fusion mechanic and underpinned by a deep Collection meta-game.

Young also points to the revenue peaks that are driven by regular in-game events, both on a seasonal and month basis, but also with a weekly and even daily cadence.

"This is the challenge for designers. We will generate bigger business from higher levels of engagement," he states.

As for N3TWORK's plans, the 30-strong developer has multiple games in development, the first of which will be in soft launch in late 2015, but Young isn't talking details yet.

All he'll say is each of the games has been designed with a specific objective in mind.

With a 10x opportunity in the west, we're not even close to peak mobile gaming. says Neil Young