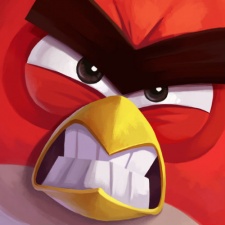 After only a few days on the app stores, it's safe to say that Angry Birds 2 has been a runaway success.

Having racked up over 20 million downloads in its first week, the free-to-play flinger has roared over whispers that Rovio was becoming obsolete in the face of ever-pressing competition.

Still its popularity isn't just because Angry Birds 2 is the next step in a brand so pervasive the games may as well be come pre-installed on mobile devices.

The latter is typically an afterthought in mobile games development, but Rovio made sound a priority in the formation of its sequel. Boards creak and crunch, piggies wail in terror, and the foot-tapping music compels the player to keep going even when their lives are spent.

We sat down with Jonatan Crafoord, the audio director on Angry Birds 2, to find out more about Rovio Stockholm's approach to sound and how it affected the game's development.

Pocket Gamer.biz: AB2 packs some super impressive visuals - how did you go about making the sound match?

Jonatan Crafoord: One of the goals with Angry Birds 2 was always to achieve triple-A qualities in a mobile game. When I was brought on board I was told that the team wanted the sound to reach the same level, so I had a lot of support from the get-go.

I positioned myself physically in the office to work close to the animators and the technical art director.

I also set a principle for the game - “if it moves it should make a sound!” I told everyone in the team about this, and made sure people would notify me as soon as they had added or changed pretty much anything that moved on the screen.

If it moves, it should make a sound!

For the sounds themselves I went all out with hyper realism, but with a big pinch of added humor thrown in. I hope it served both the updated visuals and the joy inherent in the series and its characters.

Did you draw on your background in console development?

Yes! The very first notion I had to get out of my head was that “nobody is going to care about the sound since it is a mobile game”. I know that the expectations on sound for mobile are generally very low, so I actively avoided listening to and comparing our work to other games for iOS or Android until very late in the project.

Instead I approached the game as a title for console or PC, with all the expectations that would come with that.

Most phones today practically have the same capabilities for sound as the last generation of consoles I had worked on anyway, which was the PS3 and Xbox 360.

The main differences I had to take into account were the download size limitations, and the fact that most of the time the sound will come out of a very small speaker.

What challenges did you face?

For a game with such big aspirations, the budget was still fairly limited. It was pretty much just me and Elvira Björkman, the composer, that did all of the audio and implementation.

We didn’t have any studio facilities in the Stockholm office, not even an isolated room, and the team in Finland had to help out with the recordings and mixing we made for music and voices.

For the sound effects we made do with what we had at our disposal. This was basically our computers, a large back catalog of sounds from the franchise, and a portable recorder. We combined, remixed and reworked a lot of existing sounds to fit the new visuals.

The greatest challenge however was probably the download size. Any new Angry Birds game has to be super accessible for people to download, and to get the game below 100mb with all the new content we really had to struggle with file sizes.

I put a lot of time into researching ideal ways of compressing the audio.

I put a lot of time into researching ideal ways of compressing the audio. I also programmed a stereo spreader for the music so we could keep the files in mono, which takes up half as much space as regular stereo files.

In the end we got the entire audio package for the game - music, voice and sound effects - down to 10mb. That is comparable to the size of two or three regular songs in mp3 format.

What things did you use when recording the sounds?

When we lacked sounds in the library we would turn to our portable recorder and capture sounds in the office.Since we didn’t have a studio we built pillow forts in small meeting rooms, and crawled in to record placeholder vocals and comical sound effects.

Some of the ones we kept in the game included balloons and a party horn. My favourite though is a bulb horn that I have sitting on my desk. Whenever people in the office get excited over something I toot it to add to the general cheer

Characterisation seems really prominent in Angry Birds 2 so how that spill through into sound design?

A huge chunk of the work was getting the voices to match the character animations. We often did it the other way around, with me providing voice assets to the animator, who then animated the characters to fit.

Most of the assets were taken and reworked from Toons, the Angry Birds animated series, since that was a benchmark for what we wanted to achieve visually as well.

The pigs were an especially fun and interesting challenge, since they had to act independently of the player.

We infused them with a system we call “Artificial Stupidity”, which make them look at and react to anything interesting on the screen, including each other. Most of this work was also in combining animations, programming and suitable voice samples.

For sound effects, I think the characterisation is mostly evident in the special powers. For example, firing off Terence slows down and dampens the music and sounds in a Matrix-style moment of anticipation, until he smashes into the towers with a satisfying crash.

Fun trivia: Terence is actually voiced by actress Heljä Heikkinen, who is also the voice of Stella.