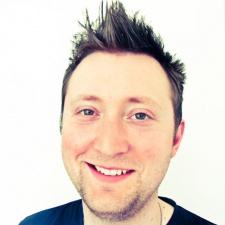 PocketGamer.biz: At the conference, you're talking about your views on bad PR emails, so without giving everything way, what is the issue with PR emails?

Peter Willington: In the main, PR emails are usually pretty good, but I find that developers just starting out - or those who don't have the budget to hire a PR team - tend to make similar mistakes to one another.

We get loads of emails from all sorts of developers, publishers, and PR agencies, some better than others, and as we're big supporters of all levels of the industry at Pocket Gamer and AppSpy, we want everyone to be on an equal footing when they're getting in touch.

So I wanted to share some real emails I've received (names, emails, and game titles will be obscured, of course), and note a few things about them that could be done better.

Hopefully it'll be a positive and insightful look at how the process of PR works from the side of the person receiving the communication, and a genuinely useful set of examples that most people never usually get to see.

How do you think the role of games PR is changing?

I think PR agencies are beginning to see the value of approaching all types of "tastemakers".

Great PR outfits are starting to do really wild stuff, and attacking every possible channel of promotion.

Traditional media, specialist press, amateur bloggers, streamers, YouTubers, celebrities - there are so many ways to get your game in front of lots of people, and the relative cost versus the potential payback in terms of user acquisition is actually pretty strong.

Great PR outfits are starting to do really wild stuff with this, and attacking every possible channel of promotion that's available.

It's also quite clear that PR departments are being required to speak directly to their audience much more, and I certainly see more studios doing community outreach that they wouldn't have dreamed of doing 10 years ago.

What about the role of the games journalist?

There's this strange school of thought that the media is somehow no longer a useful tool in promoting a game, and I think anybody espousing that is misguided.

There are definitely more ways of communicating with a potential audience now, and certainly smarter ways of getting directly trackable feedback on user acquisition, but that ignores the halo effects that being covered in the gaming press brings with it.

If you get your game on AppSpy's Eye On The App Store show on Twitch, which gets tens of thousands of views in an hour, and compare it with the cost of doing so (sending an email with a code attached) then the metrics make total sense.

The bigger the audience that outlet or person has, the more impactful that coverage is, and getting featured by a Pocket Gamer, or a PewDiePie, or an IGN can really help give a game a boost in downloads, public perception, and adds to that ever-elusive K-factor.

When you're dealing with established media channels, you're also having your game “legitimised” by the industry, and the content managers of the various app stores out there all look at the major publications to see what they'll be championing themselves.

There's a raft of these secondary and tertiary effects, and they're all well worth exploring.

So I feel the traditional games journalist may be becoming less relevant, but what's filling that space is new platforms and new tastemakers from an ever-adapting, ever-changing media industry.

And, aside from your talk, what else are you looking forward to at Pocket Gamer Connects Helsinki?

Catching up with industry friends from the north of Europe is always awesome, and I can't wait to discover more superb games from our Big Indie Pitch, and while we're there grab footage for our viewers.

Plus Finland itself is a staggeringly beautiful country, filled with friendliest people, that I need absolutely no excuse to go and visit.